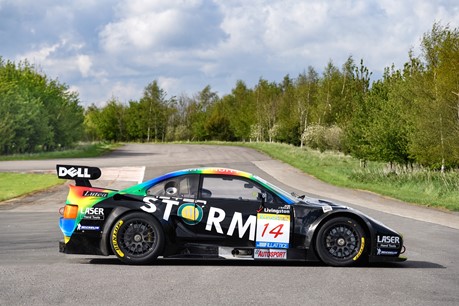 Experience the fearsome v12 howl of the Jaguar 7-litre and experience nostalgic GT1-inspired driving that'll have you itching to get behind the wheel.

Fiskens are proud to present another piece of motorsport history from the Verdon-Roe collection, this time raced in period by Bobby Verdon-Roe himself: The championship-winning 2000 Lister Storm GTM: 002.

002 is a rare opportunity to acquire an all-British homologated FIA championship-winning Lister Storm direct from her period racing driver Bobby Verdon-Roe. Lively and track-hungry as ever, this front-engine competition GT is raring to be raced at historic events. In fact, you'd be hard-pressed to find a car more befitting the Peter Auto Endurance and Modern Masters Endurance.