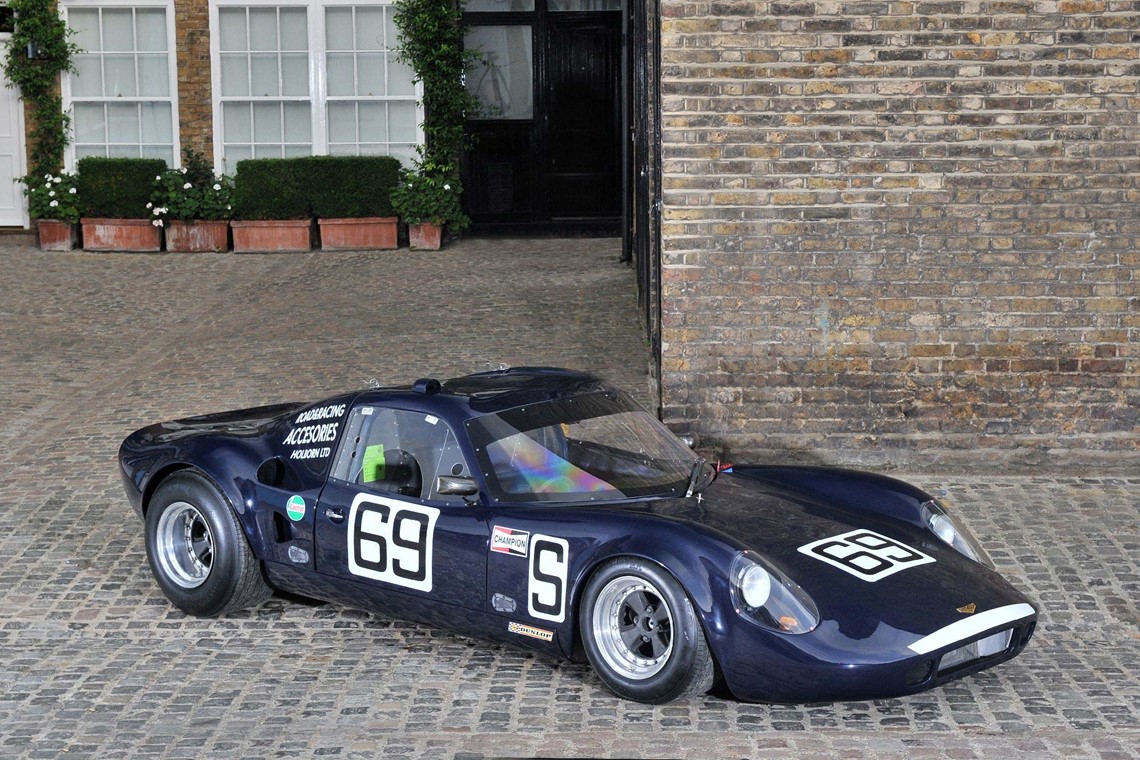 Chevron B8’s are widely regarded to be not only one of the most beautiful sports racing cars ever produced, but also one of the best handling cars of their type. Built by Chevron Cars between 1968 and 1970 only 44 examples were built and were fitted with a number of different engines with the most popular being a 2 litre BMW unit.

Chassis DBE71 was supplied new to Paul Vestey who debuted the car at the Daily Express Silverstone Trophy in March 1969. The car then went on to be actively campaigned at an International level by James Tangye – Worcester Racing Association – between July 1969 and September 1970, racing at Vila Real, Spa 1000km, Nurburgring 1000km, Brands Hatch 1000km and many more. DBE71 was driven by both Paul Vestey and James Tangye.

This famous B8 later passed through the hands of other notable and successful drivers, including Simon Philips in 1972 and Sir Stirling Moss in 1982. Having raced the car prior to his ownership, Moss commented ‘I think it was probably the best-handling car I’d driven, it was absolutely stunning’. After purchasing the car, Moss went on to contest in the Historic Super Sports Series in, and secured a popular victory, famously beating Richard Attwood’s Porsche 917 on a damp track at Dublin’s Phoenix Park.

In 2004, DBE71 was fully-prepared by Pace Products. The car was subject to further work in 2012 when Gelscoe Motorsport fully race-prepared the car once more, fitting a new Lester Owen engine. The car has seen very little use since. Known to be one of the fastest Chevron B8’s in historic racing today, this B8 is offered in excellent, race ready condition and has recently been returned to the stunning period livery that it ran in the hands of Paul Vestey and James Tangye.

Without doubt one of the most famous and well known B8’s in existence; DBE71 has also been proven as one of the quickest and most competitive examples still competing today. Complete with current HTP papers, the car is ready to be enjoyed by its new owner.