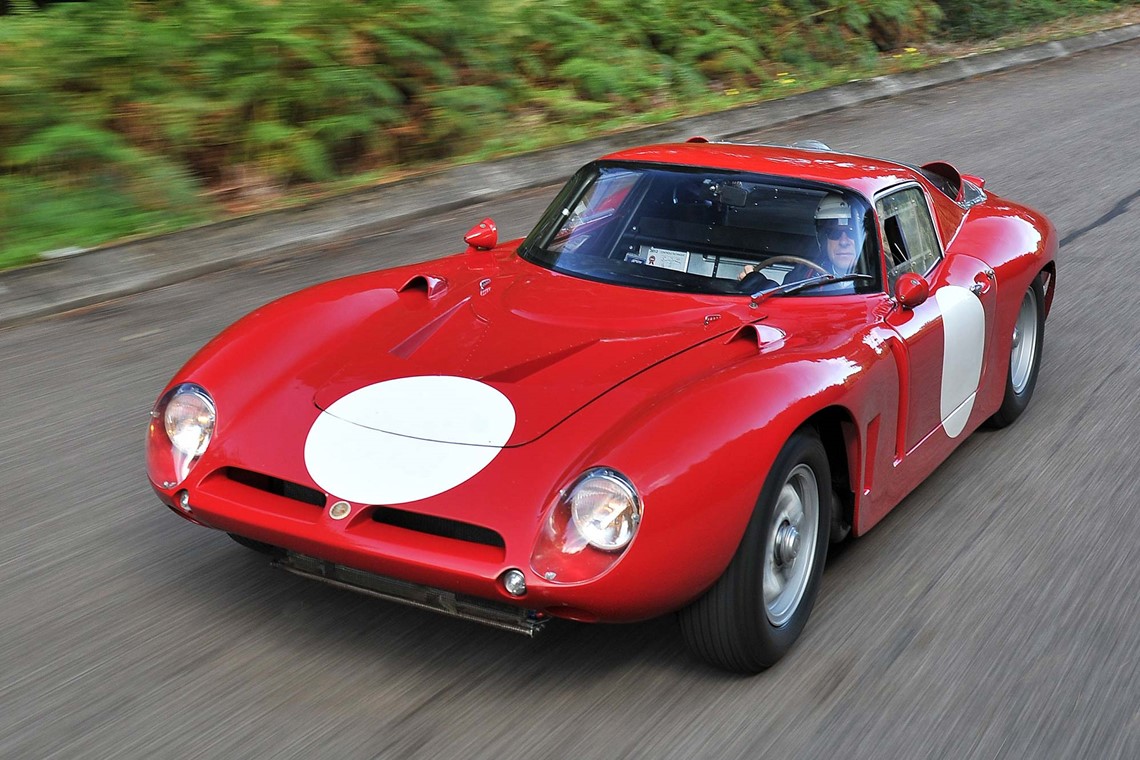 Giotto Bizzarrini was one of Ferrari’s most talented young engineers, whose career included designing the all conquering and immortal Ferrari GTO of the early 1960s. However, following a disagreement with Ferrari he walked out and was recruited by Renzo Rivolta, who had just started to produce luxury GT cars and wanted a respected name to front the project.

Bizzarrini developed for Rivolta a dramatic new high performance competition car, one that could beat Ferrari and the AC Cobra. The A3/C was an extreme concept, creating a sensation with its swooping lines and aerodynamic forms.

This car, chassis 0222, is the Bizzarrini works entry for the 1965 Le Mans 24 Hours race and features independent rear suspension and a quadruple Weber carburettor 400bhp Corvette engine. 0222 was raced by Regis Fraissinet and Baron Jean de Mortemart and claimed 9th overall, winning its class outright! Chris Amon then drove the car to 4th place at the Austrian GP at Zeltweg, 0222 also competing at the Nurburgring 1000kms and Reims in 1965.

The factory sold 0222 in late 1965 to the American actor Remington Olsted who lived in Rome and who kept the car until it joined the fabled Violati ‘Maranello Rosso’ collection. Since then 0222 has been beautifully restored to its former glory and competed successfully in historic events, recently campaigned regularly by its last owner, including Le Mans Classic, Monterey Historics, Sebring and other events all over Europe.