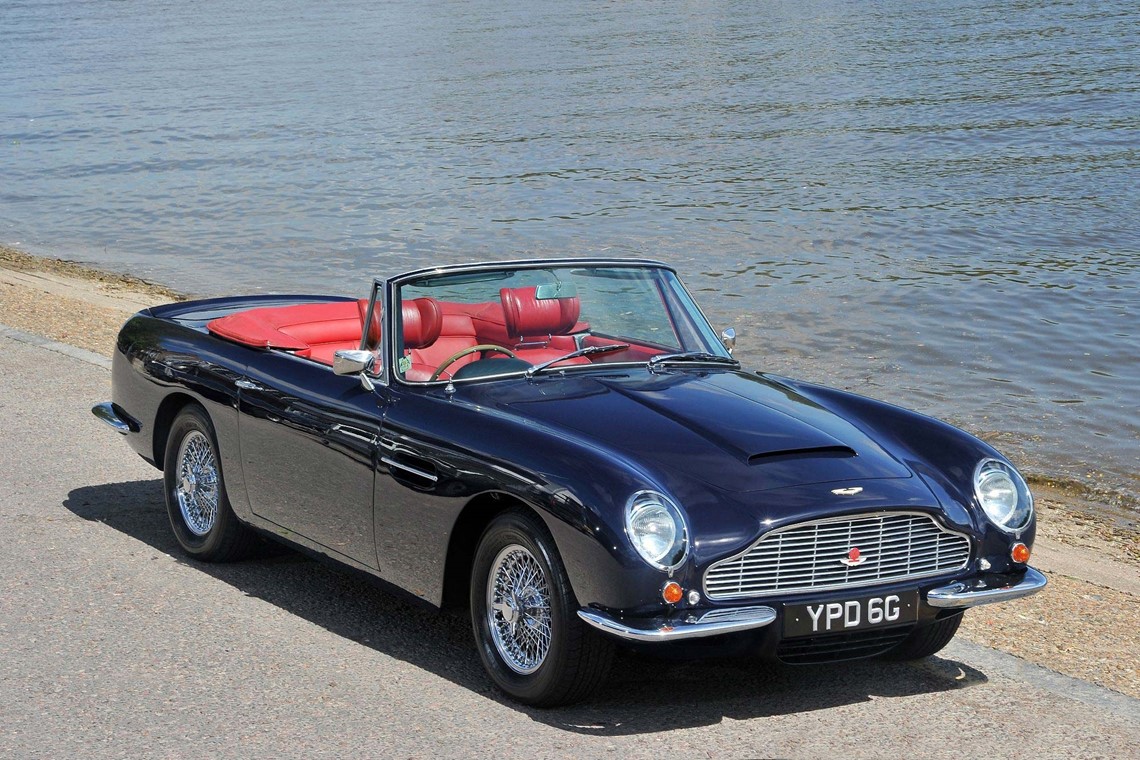 Of the 140 DB6 Mark One Volante’s produced, 72 were fitted from new with manual transmission and power steering and headrests were optional extra’s. Research in conjunction with the Heritage Centre at Gaydon confirms that this exacting specification along with Roman Purple coachwork makes this a very rare car indeed.

DBVC/3737/R was the subject of a bare metal re-paint in the summer of 1994 and the car was regularly maintained by Newlands Motors throughout her ownership, invoices supplied within the comprehensive file detail the works carried out during that period.

In recent times DBVC/3737/R has been maintained by heritage specialists Aston Workshop and is now offered fresh to the market following an extensive service by a London based marque specialist.

Offered with its original registration number, this four owner fully ‘matching numbers’ example is remarkably correct down right down to its 3995cc displacement. The red leather interior with its factory fitted headrests is totally original as is the red Everflex power operated roof which is in fine working order.

A true connoisseurs example and the perfect collectors Aston Martin drophead for those who seek originality and high factory specification from new. Supplied with a comprehensive history file including the original Aston Martin warranty book, original DB6 owner’s handbook, heritage certificate, numerous servicing invoices and MoT certificates. Ready to be used and enjoyed, this charming DB6 Volante is the perfect way to travel in style.