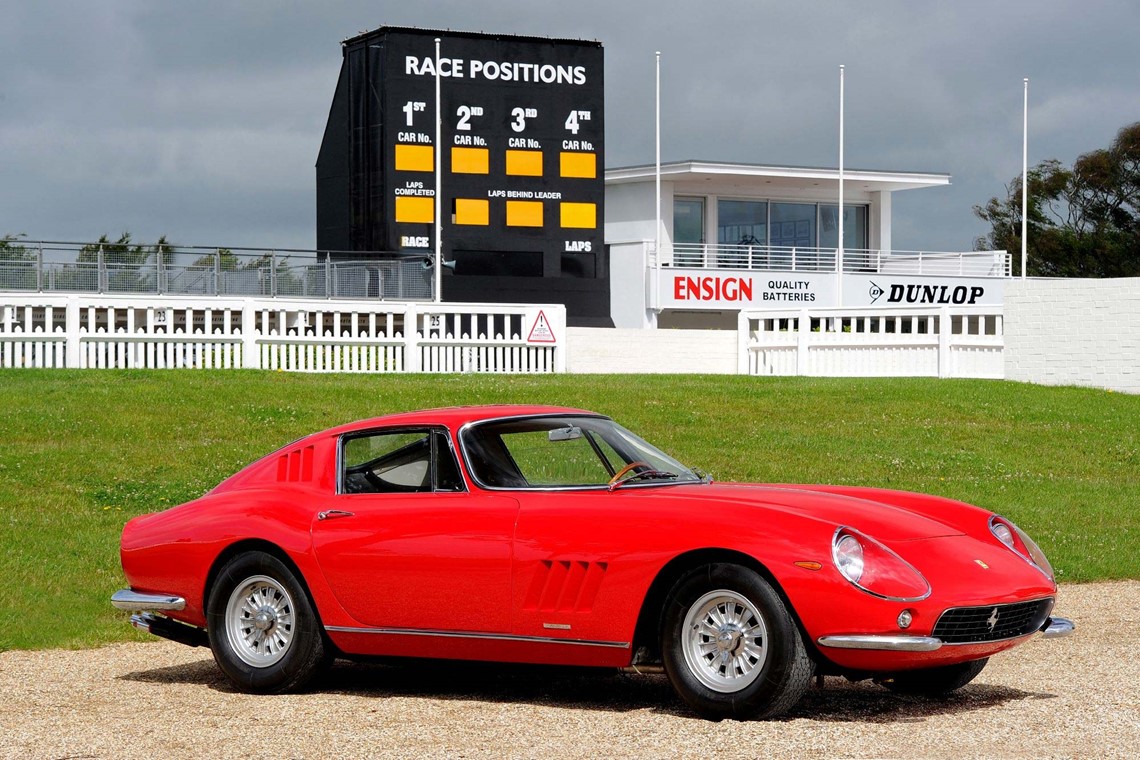 The 275 GTB/2 Short Nose was only built for a couple of years, in 1964 and 1965, with only 239 ever built. Ferrari built the 275 as a Grand Touring car that would also be suitable for competition, so they are at home on the road as they are on the race circuit.

The Ferrari 275 GTB/2 that we have, chassis 07341, has come to us from a significant private Spanish collection. The owner has his own team of mechanics dedicated to looking after all of his cars, so it is in excellent condition. It is a very original example, and has had only 2 owners from new. As it has its original, matching numbered components such as its engine and gearbox, the Ferrari has the much sought after Ferrari ‘Certification’ papers from the factory Classiche department.

It has been prepared for road rallies and not for racing so it is an excellent car to drive on the road.