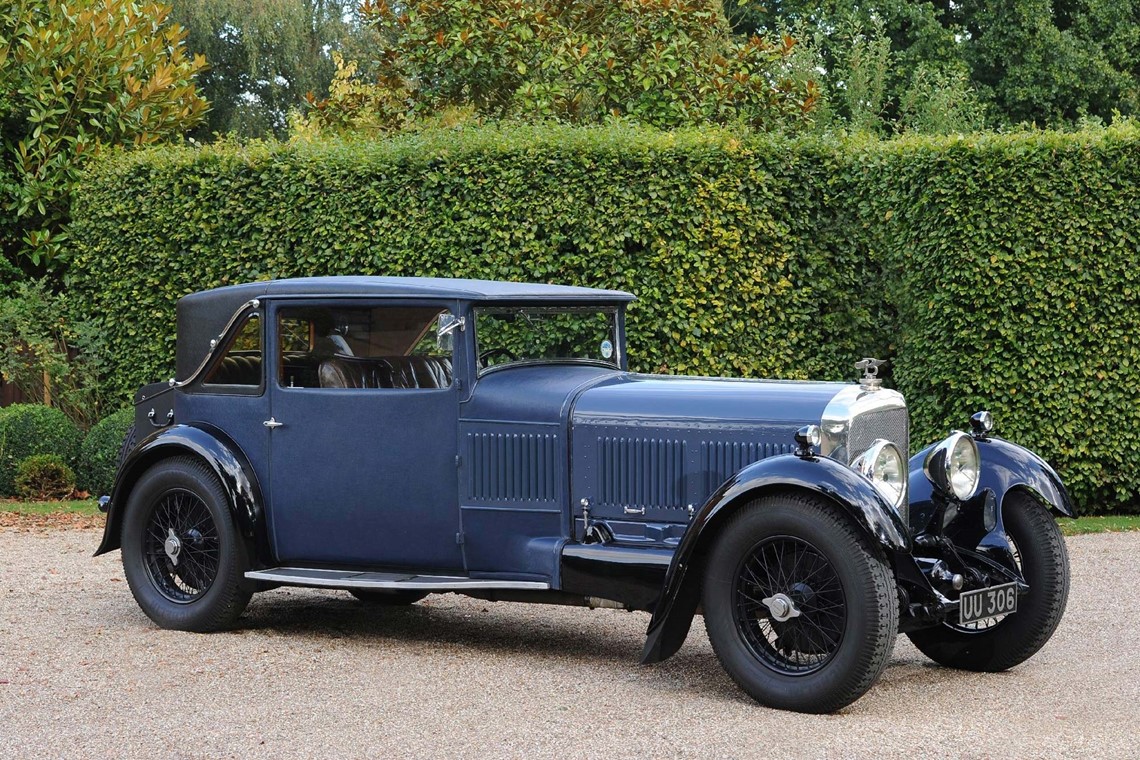 Introduced in 1928, the Speed Six was WO Bentley’s means of ensuring the standard Six Litre was to be competitive against the privateer Supercharged 4 ½s of Birkin and the ever-powerful Mercedes. Known for being the most successful of all the WO Bentleys, the Speed Six took two victories at Le Mans (1929 and 1930) and the Brooklands Double Twelve, as well as speed records at the British venue. Indeed, all great ‘Bentley Boys’ drove a Speed Six at some point: Woolf Barnato, Tim Birkin and Glen Kidston, to name but a few.

Despite its success on the track, the Speed Six was predominantly produced as a fast road-going vehicle. To begin with, almost all of those built were closed cars, with only a handful originally supplied as open four seat tourers. As with so many closed bodied Bentleys, after the war a great number had their original bodywork removed and a replica Vanden Plas open touring four-seat replacement fitted. Whilst this arguably ensured their continued longevity, it does mean that original closed bodied WO Bentleys are now very rare.

Chassis FR 2630 is one such Vintage Bentley. Built in 1929, records show that the first owner was C. Turner, a director at Anglo-Scottish Textiles, Yorkshire. Turner absolutely knew that the finest Bentley available was the race-bred Speed Six Chassis with a comfortable, stylish closed body. Consequently, he instructed Freestone and Webb, the high-class London coachbuilder, to fit his chassis with an example of their celebrated ‘Grafton Coupe’.

This Speed Six has enjoyed a comparatively sedate life, often in the hands of Bentley Drivers Club members, which certainly accounts for its current condition. As confirmed in a detailed report by historian Clare Hay, FR 2630 is a remarkably original example – not just as a Speed Six, but relative to many other WO Bentleys. All the major mechanical components are original to the chassis, as is the exceptionally pretty body. Even the interior in its extraordinary state of preservation, right down to the hidden ashtray for the passengers in the back seat.

Walter Owen Bentley never had an open car as his own, always preferring a closed vehicle as his personal form of transport. However Bentley Motors chairman Wolf Barnato drove numerous Speed Sixes with various bespoke coachwork as his daily vehicle. This Speed Six is an exceptional example of one of the most revered Bentleys, a true reflection of the style, speed and engineering excellence that gave the marque its reputation.