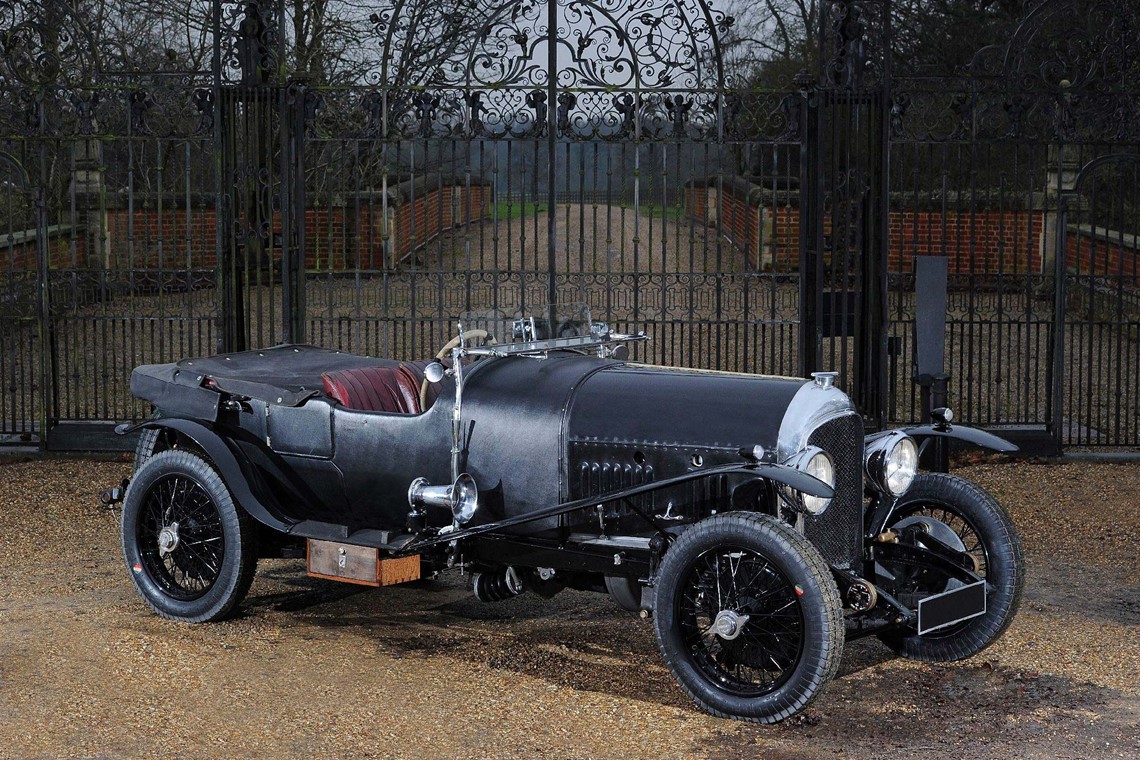 From the early days of modifying one’s Vintage Bentley, a favored course was to use the light, solid and reliable 3-Litre frame and fitting it with the fabulous 4 ½-Litre engine. For many enthusiasts, this is the ultimate combination.

Records show that chassis AH 1493 was originally supplied to Major R Lindsey Benson in 1926, who ensured that it was regularly serviced by the factory for the decade of his ownership.

The second owner was Bentley Drivers Club founder member William Fowler. Being a Bentley aficionado, Fowler knew the rare Short Chassis 3-Litre was a fabulous driving car, so before the war he shortened the chassis to 9’9.5” and had Cooper’s of Putney make the current open four seat Vanden Plas style coach work, retaining the original wings and running boards. Fowler used the Bentley regularly in this guise for over a decade, selling it to only its third owner in 1947.

Lieutenant Commander Joseph Rowbottom soon decided that, whilst the Bentley was a delight to drive in its open-bodied, shortened chassis configuration, there was still room for improvement, so he fitted a 4 ½-Litre engine, as well as a C-Type gearbox and a later 4 ½-Litre steering box.

The most recent owner of AH 1493 continued this long tradition of regular use and improvement. Having fitted an overdrive in 1995 he toured across Europe, including trips to Sweden and the Arctic Circle! Much work has been completed on the engine whilst in his custody, including Phoenix con-rods, new pistons and a new block.

What is so unusual is that this Bentley, now over 85 years old, has had only four owners since it left the factory in 1926, with one owner from 1947 until 1993 - a remarkable 47 years. This is a well known, well prepared, regularly used and great looking Vintage Bentley that is ready for its next long-term owner.