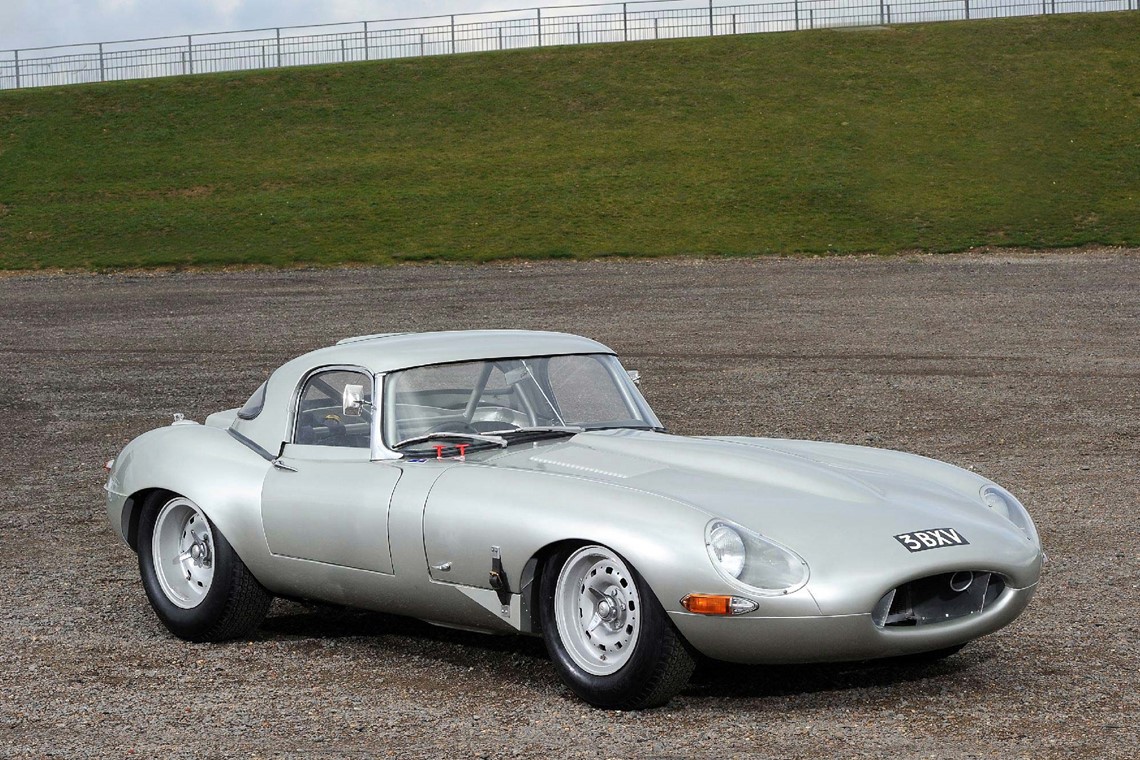 Jaguar’s chief designer, Claude Baily, asked on the 16th March 1961 that the production department build seven factory prepared right-hand drive roadsters to competition specification. All but one of these was to be assigned to successful independent racing teams of the day. The example offered here, chassis 850010 – more commonly known by its registration number 3 BXV – was one of the six to be dispatched to an independent for the 1961 season, which in the case of 3 BXV was the Peter Berry Racing Team.

3 BXV’s competition debut was on the 8th July 1961 when Dr Peter Berry asked the legendary New Zealander Bruce McLaren to drive the car in the British Empire Trophy meeting at Silverstone. It finished second, beating the other E-Types of Graham Hill and Roy Salvadori but losing out on this occasion to Sir Stirling Moss in his Ferrari 250. Bruce went on to campaign the car during the 1961 season at many prestigious venues across the UK including Brands Hatch, Aintree, Silverstone, Goodwood and Snetterton.

For the 1962 season, McLaren was unable to drive for the Peter Berry Racing Team due to his commitments in Formula One. David Hobbs took over, campaigning the car in the first three hour sports car race at the famous Daytona circuit as well as at Oulton Park, Goodwood and Mallory Park.

Throughout the car’s extensive competition career, 3 BXV was progressively modified in order to remain competitive, being presented in the semi-lightweight specification that the car is seen in today. In more recent years 3 BXV has been successfully campaigned in many historic events across Europe and is a regular front runner in the prestigious Goodwood TT race.