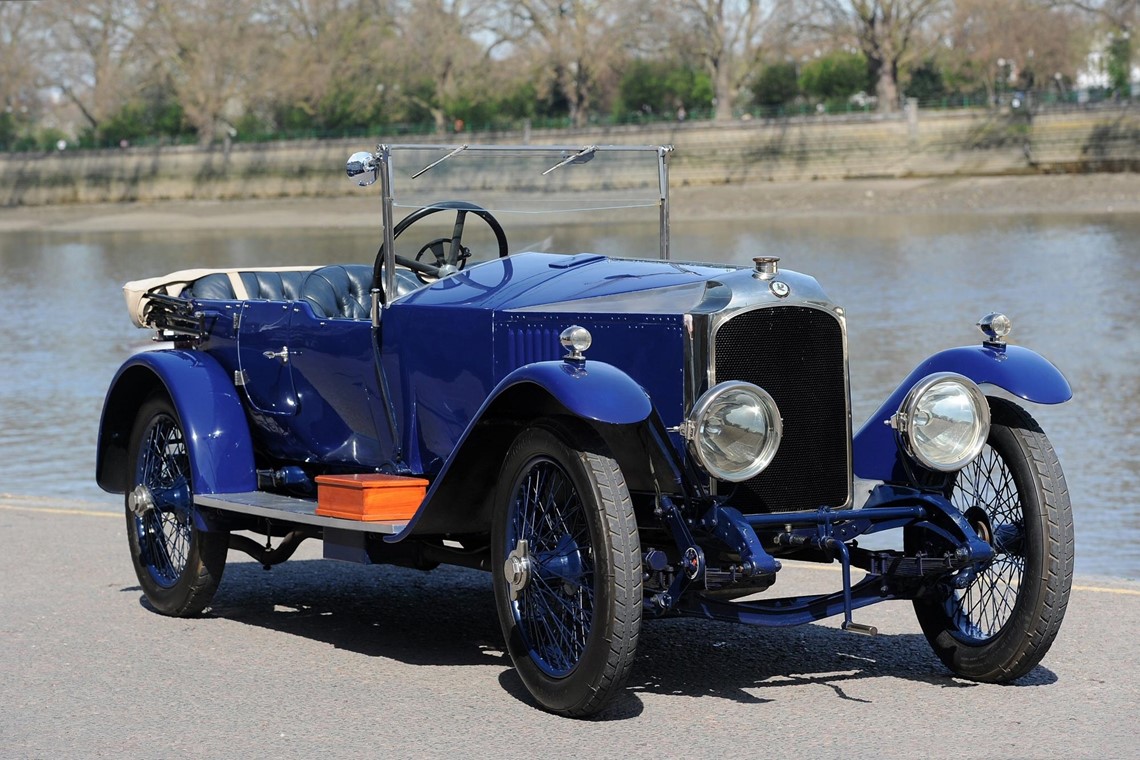 The Laurence Pomeroy designed Vauxhall 30/98, considered by many to be one of the finest engineered British sporting cars of the Vintage period, had its heart in the 4.5 litre, four-cylinder side-valve engine that was mounted in a conventional but lightweight chassis. As with ‘OE56’, many were fitted with factory built four-seat Velox tourer coachwork which was relatively light, giving a formidable power to weight ratio for its time. A fully road-equipped 30/98 was capable of around 85mph, and when stripped for racing the company guaranteed a top-speed in excess of 100mph for the later overhead valve models, a capability that was often demonstrated in period at Brooklands.

Of the total production numbered at 312 cars, a large proportion were exported to Australia, and we understand ‘OE56’ to be one these. The earliest known owners of ‘OE56’ were the McSweeney family of Canowindra New South Wales, who owned it from 1945 to 1955 when it passed to Barry Ford. Its next owner, Norm Joseph, sold the Vauxhall to Jim Cuthbert in 1958 and Jim in turn passed it on to Barry Burnett in 1961. The Rainsford family acquired the car from Barry in 1968 and retained it until earlier this year.

Having spent all of its life in Australia under the ownership of true enthusiasts, this splendid early ‘OE’ has retained all of its original features. Finished in Royal Blue with matching leather interior, ‘OE56’ represents a wonderful opportunity to acquire a handsome example of what is considered by many knowledgeable enthusiasts to be one of the finest British sporting cars of the Vintage period.