An opportunity to acquire a Grand Prix winning example of McLaren’s revolutionary MP4/1, the first carbon fibre composite chassis in Formula One.

Conceived by John Barnard, a gifted and perfectionist engineer at Project Four (the “P4” in MP4), Barnard wanted a narrow chassis to maximize the ground effect area of the side pods – needing a new material to replace lost strength, he turned to carbon fibre, visiting British Aerospace facilities to see its application.

With every layer precisely calculated, Barnard said working with carbon fibre was “more like tailoring than building a car.” Today every Formula One chassis is carbon – MP4/1 changed the sport forever. Our thoughtful purchaser will not only acquire an outstandingly competitive racer for historic Formula One – they also acquire the ultimate expression of a brilliant idea.

With McLaren struggling in the late seventies, the team was merged with Project Four, the latter contributing its strong-willed engineer and his promising new design. Developed into the TAG-Turbo MP4/2, Barnard’s design with Niki Lauda would win the 1984 Formula One Drivers’ Championship for McLaren, with Alain Prost following up with further wins in 1985 and 1986, the year Barnard moved on to Ferrari.

With its current owner, MP4/1B-6 (M10) has won two FIA Historic Formula One Championships. This outstanding McLaren is offered race-ready, fresh from a recent track day, and can be seen seen in superb footage on our YouTube channel - View Video 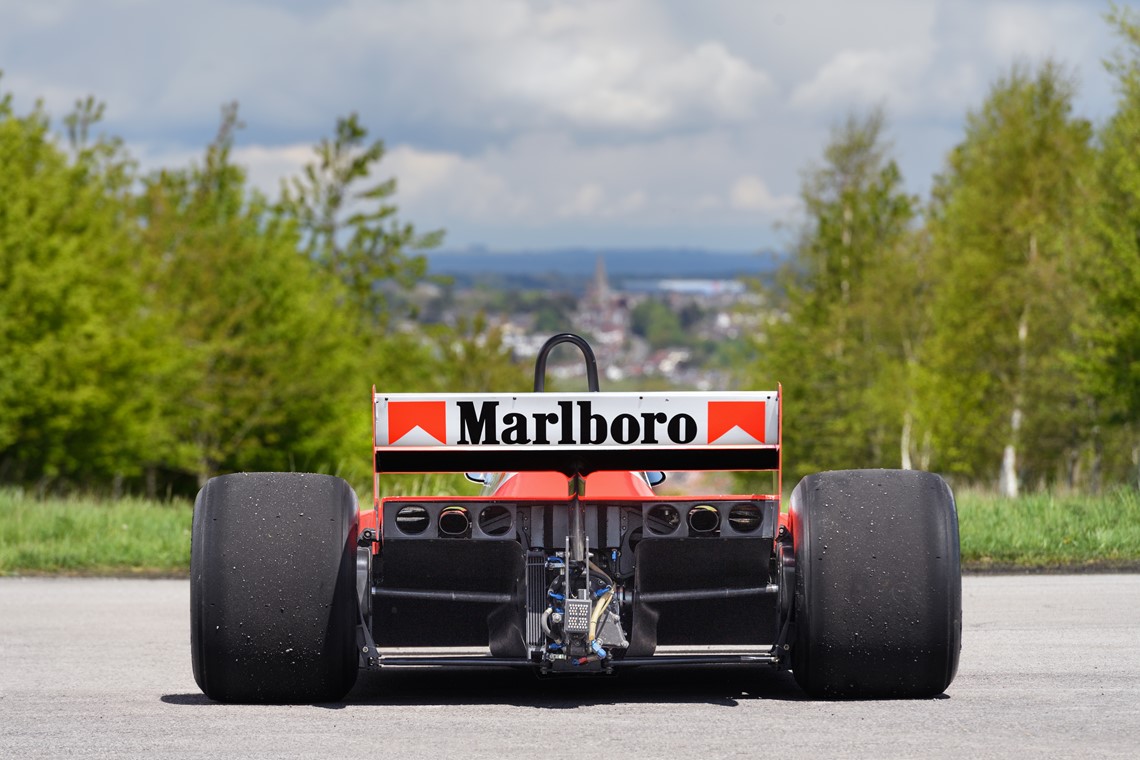 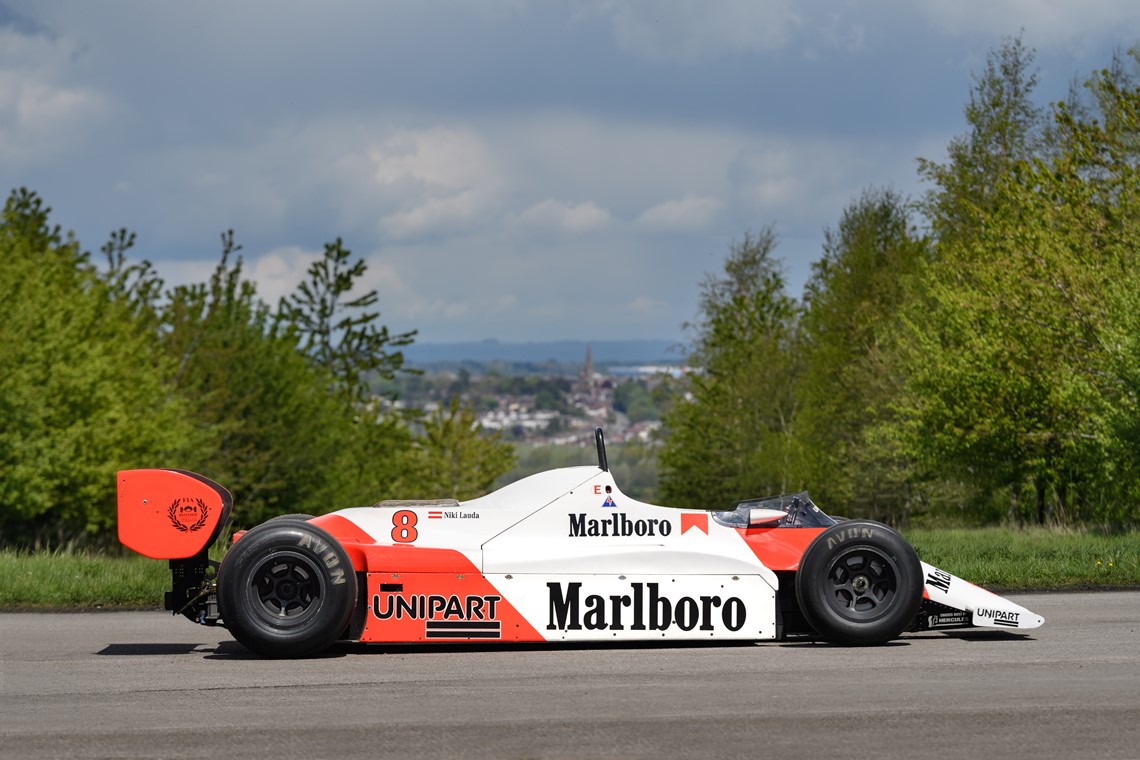 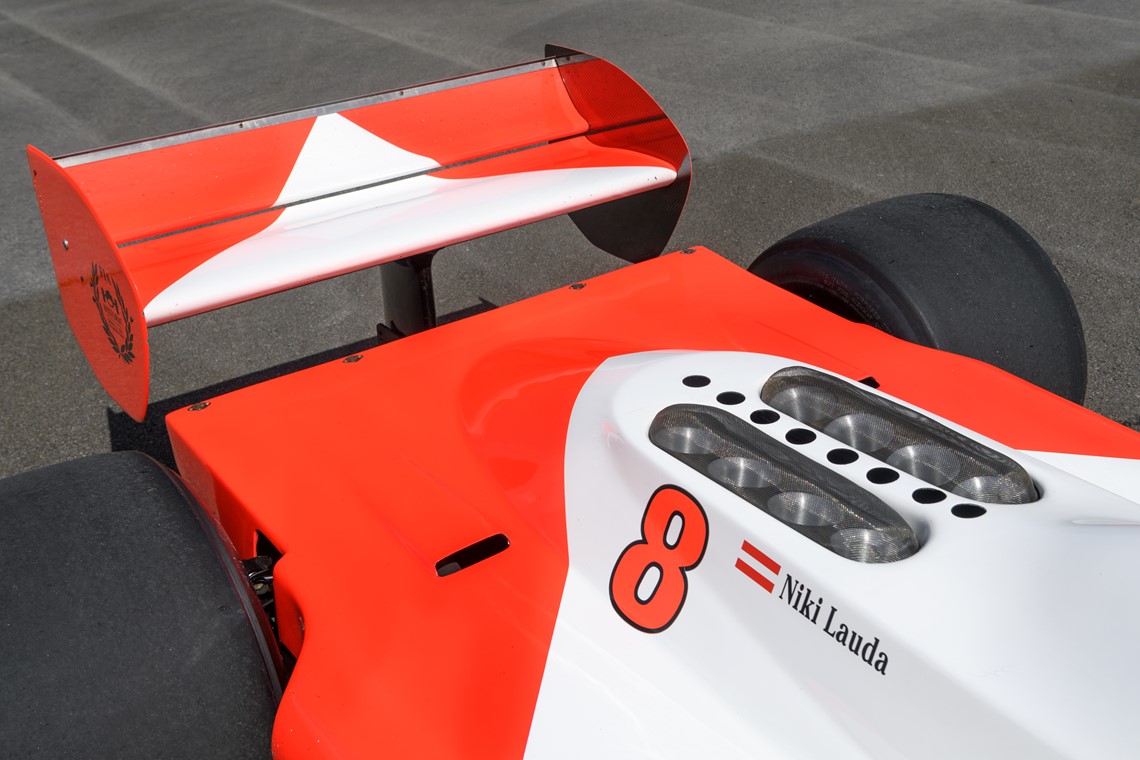 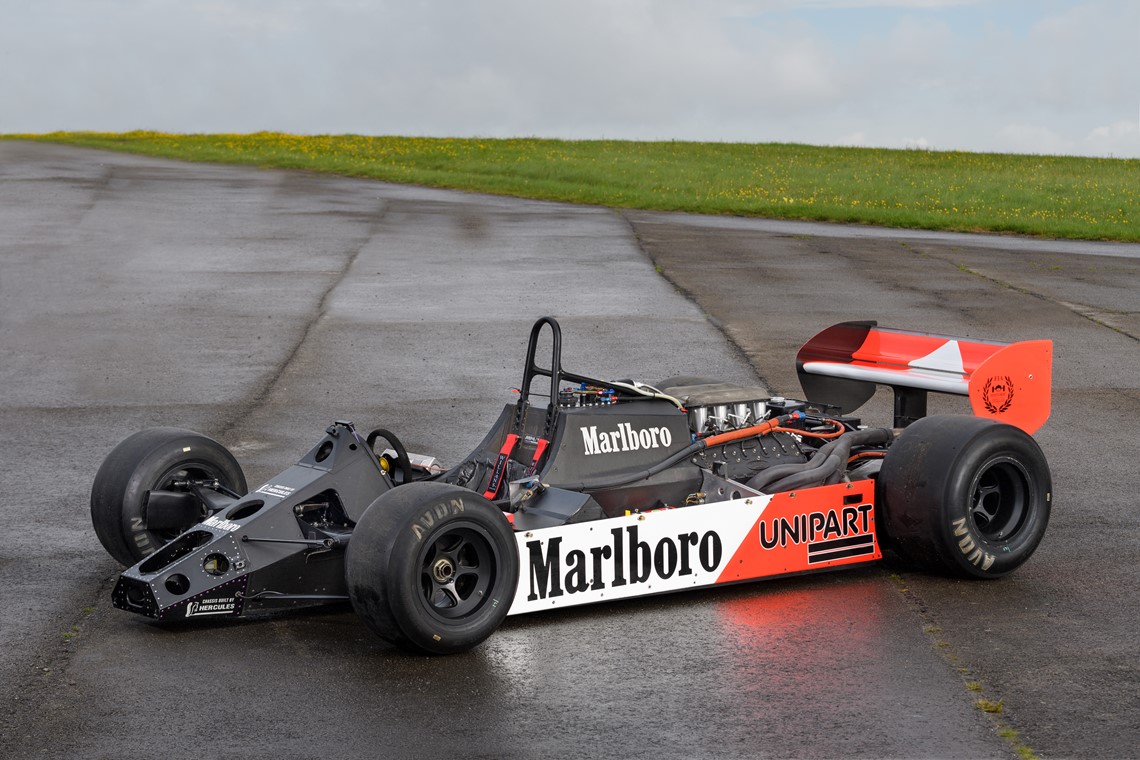 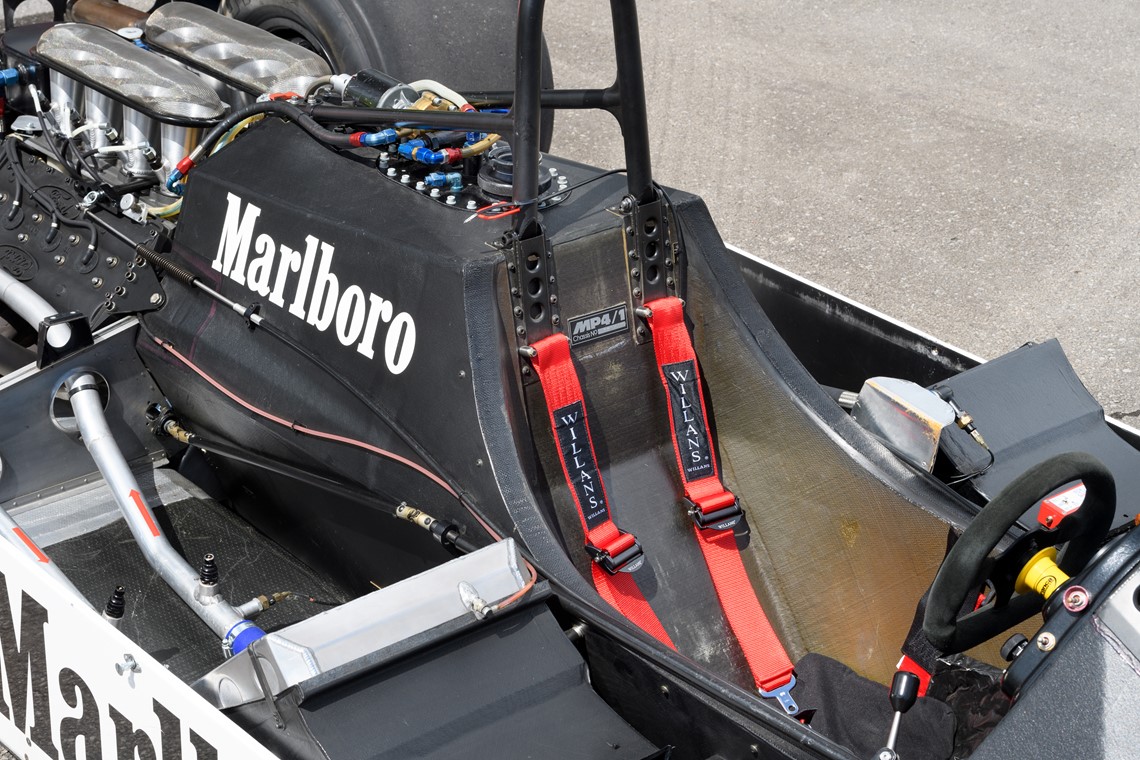 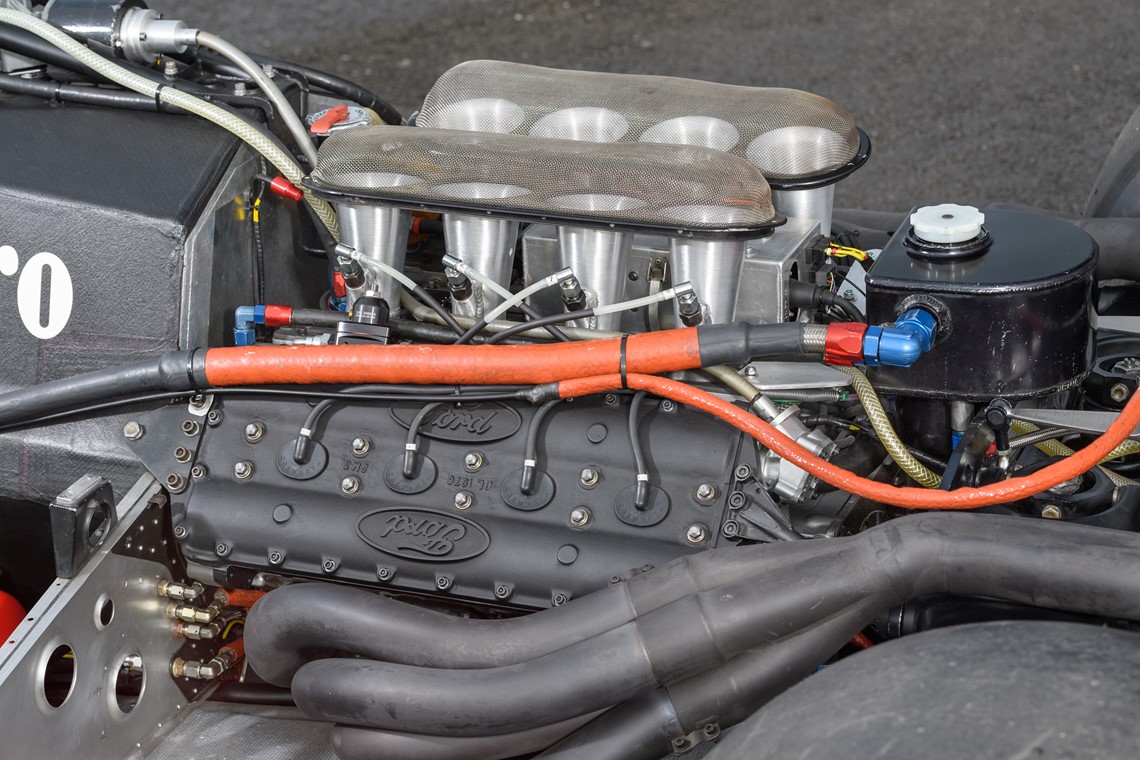 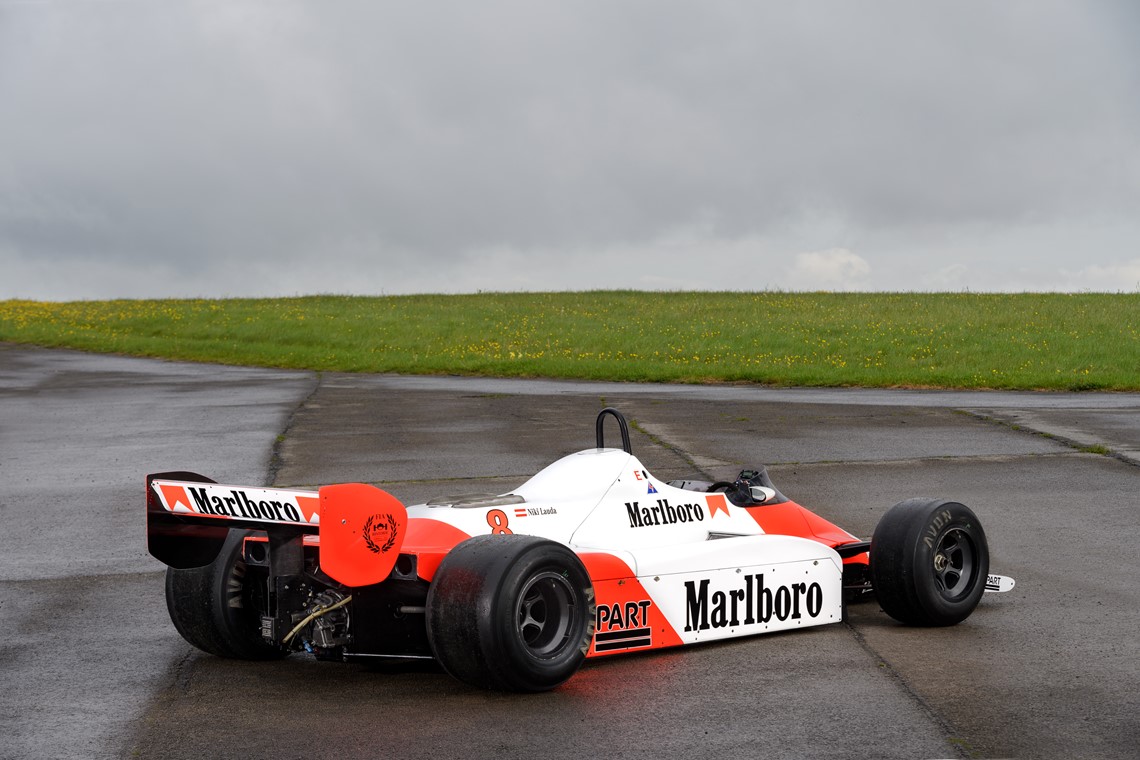 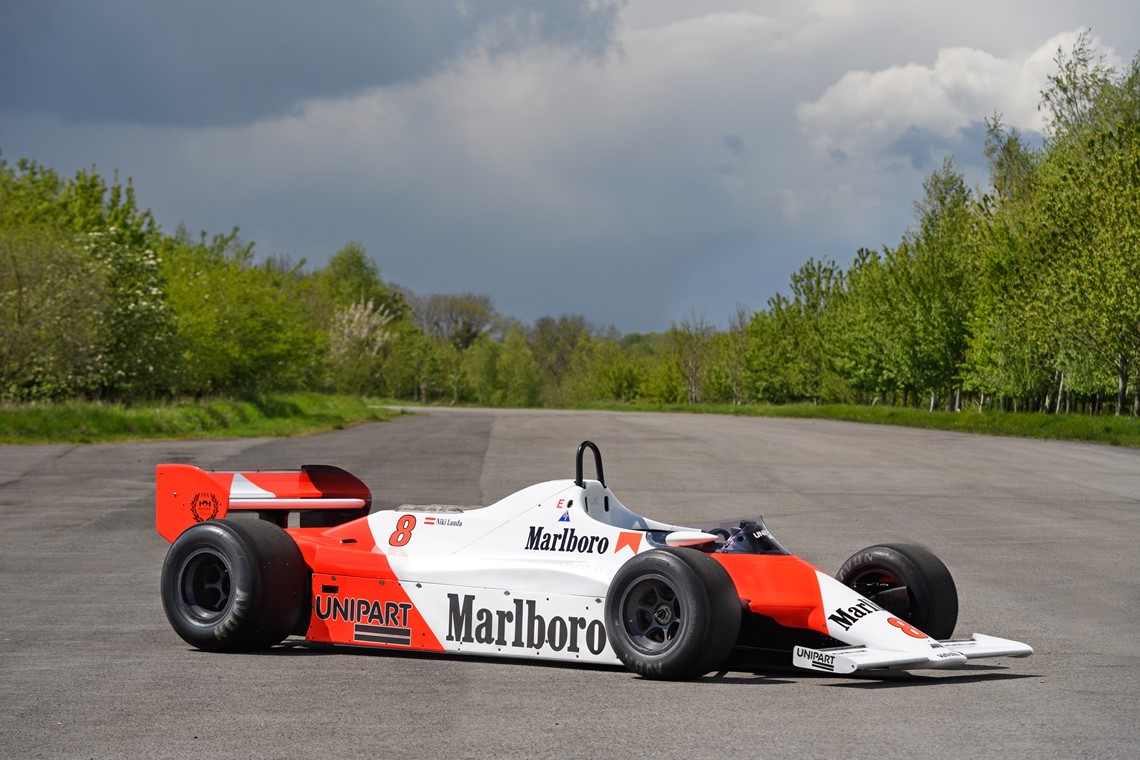 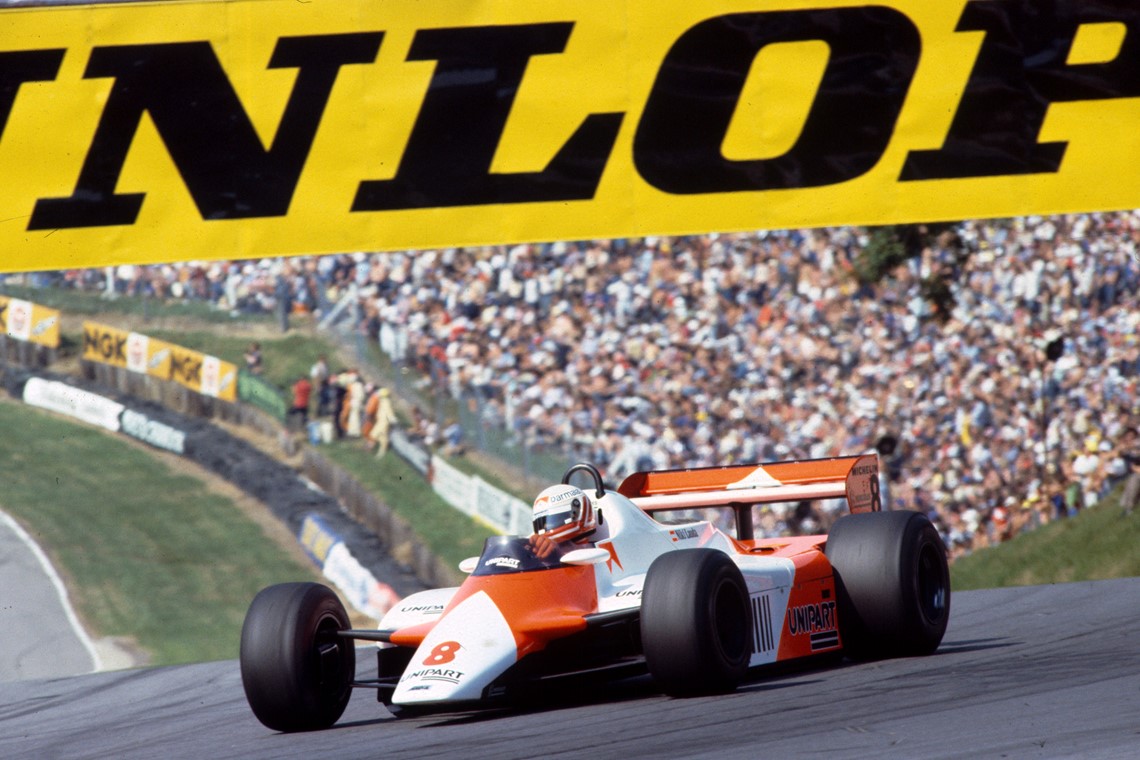