The most famous of all Aston models, largely due to its 007 connections, the DB5 was the British marque’s attempt to build a world-class GT sports coupé with the English gentleman in mind. Hand built and crafted with superior manufacturing materials such aluminum-alloy body panels mounted over a framework of small-diameter tubing, its engine was a race proven unit with aluminium block and twin-cam hemispherical cylinder head. Somewhat disguised by the finest Connelly leather trim and the deep-pile Wilton carpets, The Autocar summed up the resulting driving character of the DB5 in its road test from 1964, ‘It is a car that defies definition, for it can put on so many widely differing characters that it always seems tailored to one’s mood of the moment….Pottering home through a city’s evening exodus, whittling through strings of weekend tourists, or gobbling up great strings of concrete motorway like an Italian with a plate of spaghetti, the Aston makes all of these light work and comes to the end asking for more.”

First introduced in July 1963, The DB5 boasted many improvements over its elder sibling, the DB4. A bigger 4.0 litre engine and triple SU carburettors were fitted as standard and many other touches, such as twin fuel fillers, girling disc brakes, electric windows, reclining seats and a more highly tuned exhaust system completed the picture. In addition, within a short space of time, all DB5s were fitted with the ZF five-speed gearbox as standard.

This ultra rare left-hand drive example – one of only 220 out of 899 coupés built - was specially commissioned for the 1965 Barcelona Motor Show and was built to a very exclusive specification. This included Charcoal Gray paintwork with Connelly Vaumol hide and red Wilton carpets. The Aston is also believed to be one of fifteen examples produced with factory fitted Normalair air conditioning.

Offered for sale with its original title documents, drivers’ instruction book, BMIHT production certificate and a copy of its production schedule, the DB5 has been the recent subject of a total restoration by marque specialists Pugsley and Lewis. A marque and model that needs little explanation, Chassis DB5-2143-L is a rare and exceptional example. As Andrew Frankel wrote in The Telegraph motoring section, ‘the DB5 has a shape that retains its ability to knock the air from your lungs. In its Superleggera bodywork it is one of the greatest looking Astons ever conceived’. 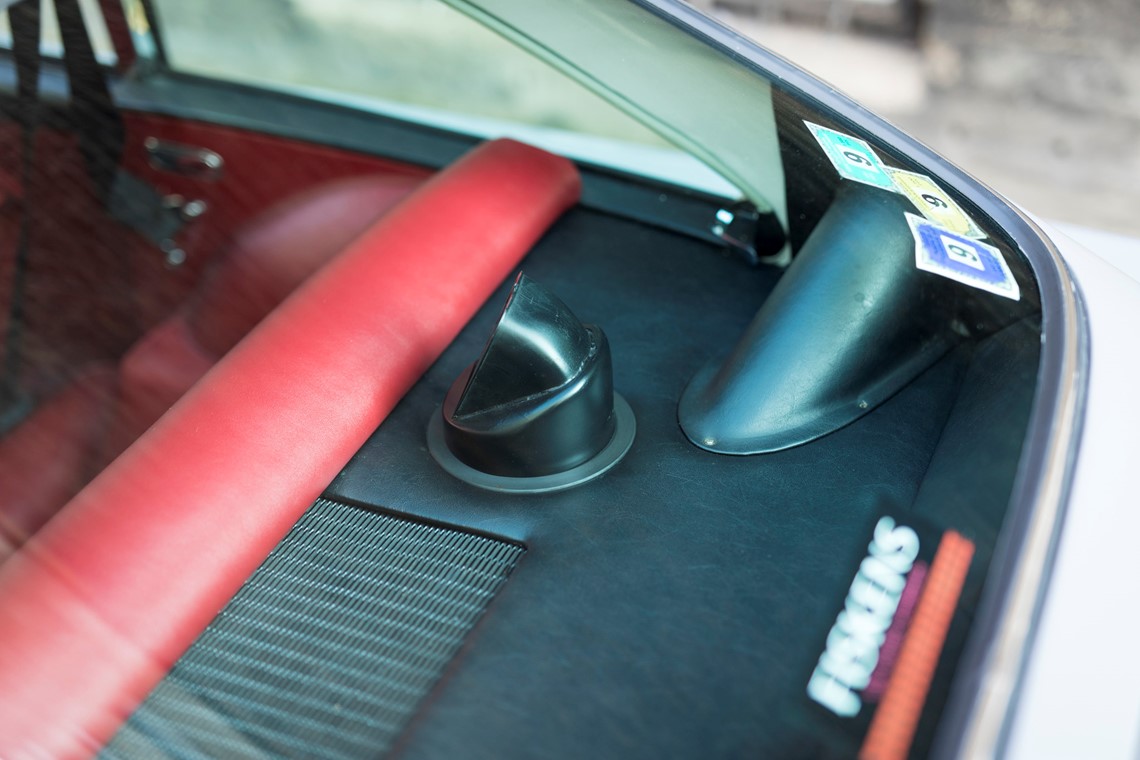