To put this Italian style icon into context, the 3500GT was presented to the world at the 1957 Geneva Salon with a large, parental weight on its figurative shoulders. Global economic downturn, combined with Maserati’s reputation as a ‘luxury-only’ outfit, meant that the 3500GT needed to be a strong commercial success as well as an engineering one. The chassis and the suspension had much in common with the 3500GT’s elder sibling, the AG6/54, however the power plant was a detuned version of the 3.5 litre, 6 cylinder 350S race engine which, featuring twin-spark ignition and triple Weber carburettors, produced 220 horsepower, giving the 3500GT a top speed of 137mph. As Luigi Orsini and Franco Zagari state in their go-to reference book on the marque, Maserati – a complete history from 1926 to the present, ‘Its direct descendence from the famous racing six-cylinder was very evident in the general layout and in the engine, which was non other than a road version of the 350S, originally born from the three litre experience’.

Fortunately, the 3500GT proved to be a resounding success and public demand led to the production of some 2500 examples; high numbers indeed for such an exclusive machine. However, of this number, only 242 of the highly coveted Spyders were built, with a chassis two inches shorter than the coupé version and bodywork styled independently by Vignale. Of this number, only a small 40-45 were fitted with hard tops and 1129 is presented for sale fitted with one such top.

The Maserati S.p.A. Certificate of Origin that accompanies this example confirms that chassis number AM101*1129* was manufactured in left-hand drive configuration on 23rd February 1961 and sold to a Mrs Teresa Mitarachi of London. Mrs Mitarachi was of Greek origin hence the left hand drive specification. She obviously enjoyed 1129 for some time, as it changed hands next in 1977, when Frank Wilbur acquired the Maserati from a dealer in the USA. Eventually, Wilbur became too old to drive 1129, and, after passing through a handful of dealers, it eventually found its way to Frank Mandarano’s MIE Corporation in 1988. The next owner, Ivan Ruiz of Georgia, signed 1129 up for a detailed and thorough five-year restoration, completed in 1993, following which he entered many events, winning a prize at the prestigious Amelia Island Concours d’Elegance. He parted with the Maserati in 2009, when it was sent to Ital-Auto near Stuttgart for a further restoration, repainted and the interior re-trimmed in original specification black Connelly leather.

1129 is fitted with the very rare five-speed gearbox and optional Borrani wheels, along with triple Webber carburettors. This superb full matching numbers example is offered with a history file documenting previous restorations and is complete with its original engine block.

Both usable and captivating, 1129 embodies the perfect opportunity for serious competition at any of the world’s prominent concours events. Timelessly stylish and beautiful, 1129 is a car just made to be admired. 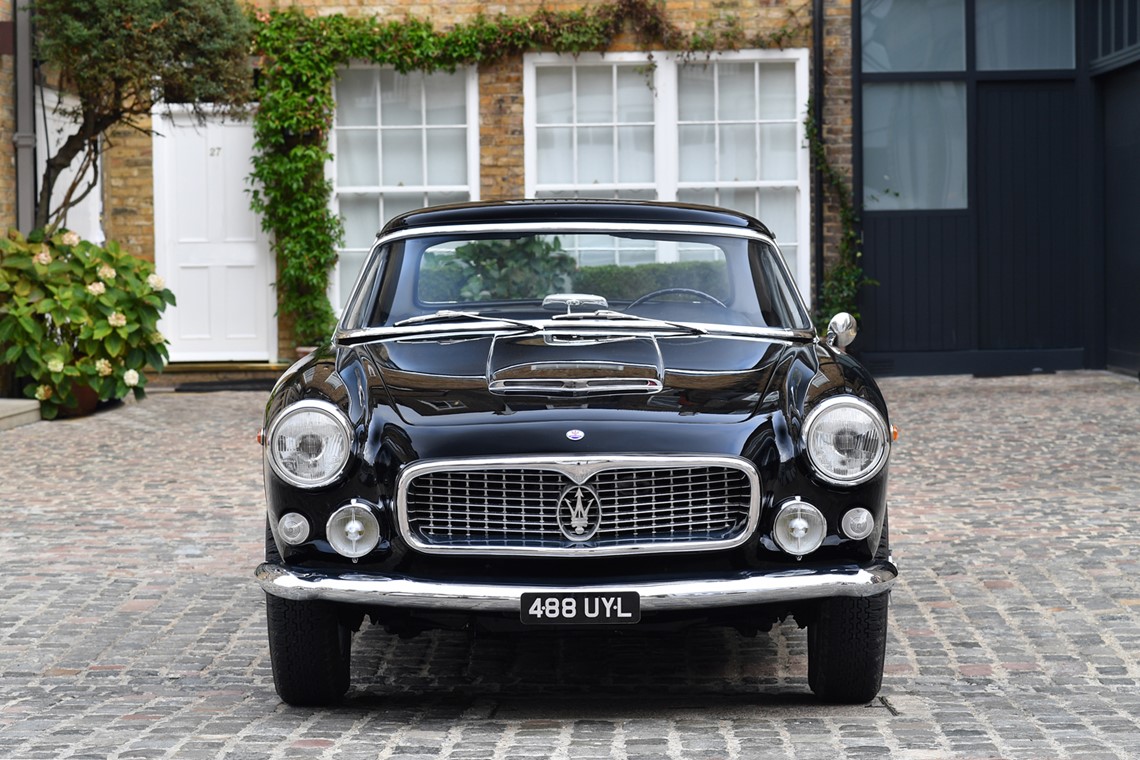 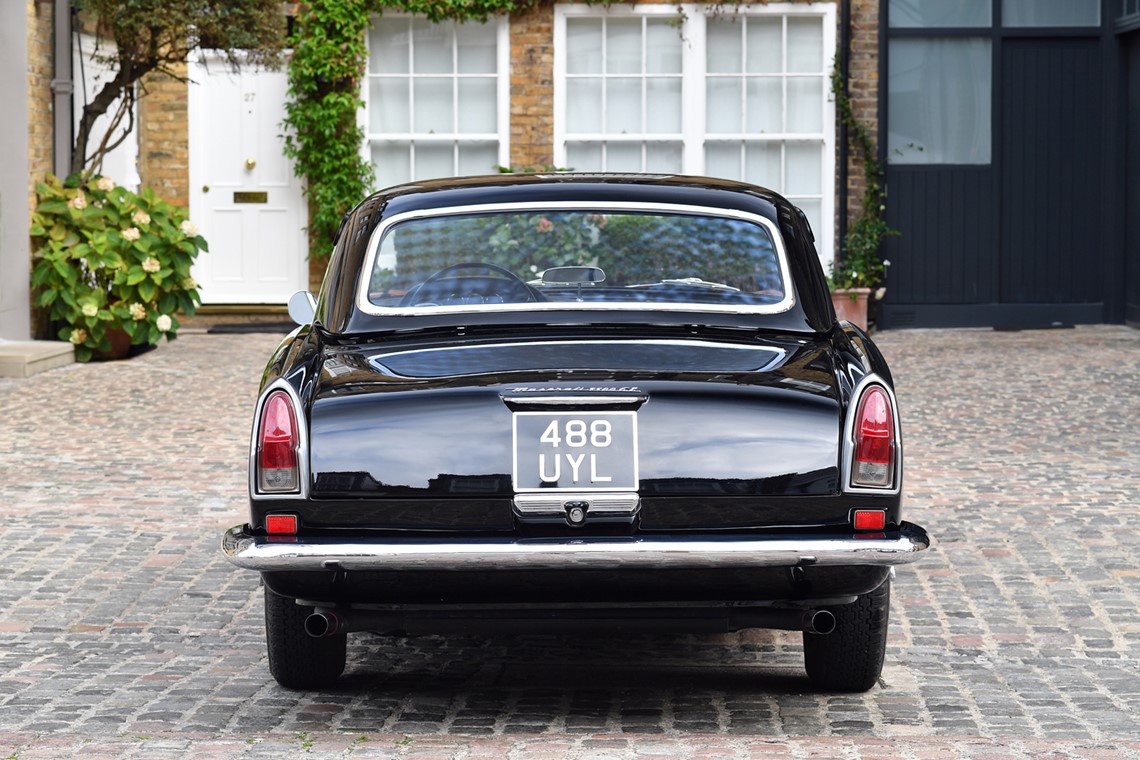 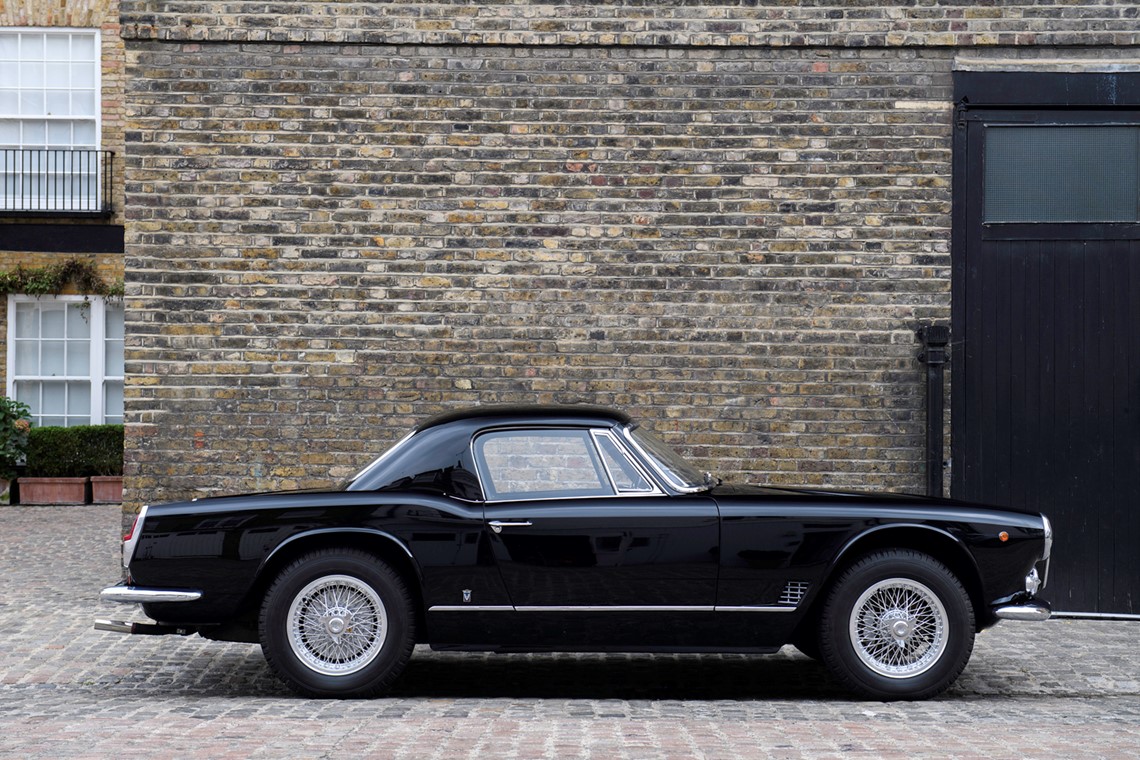 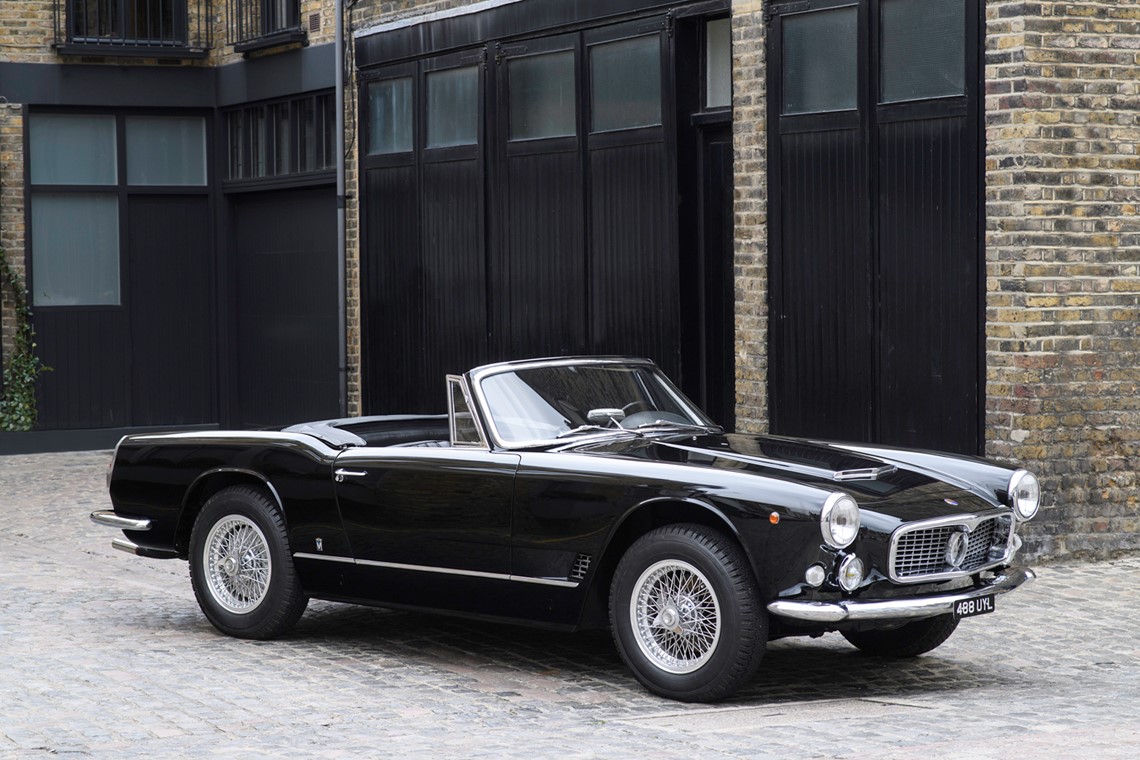 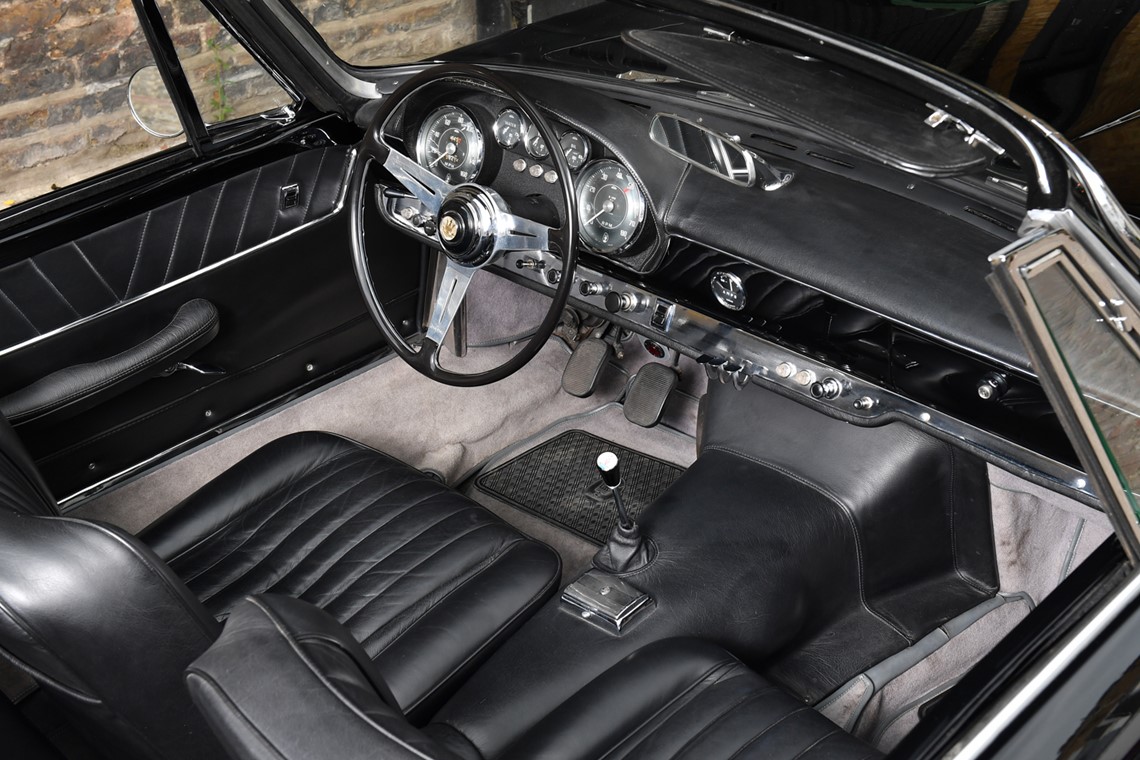 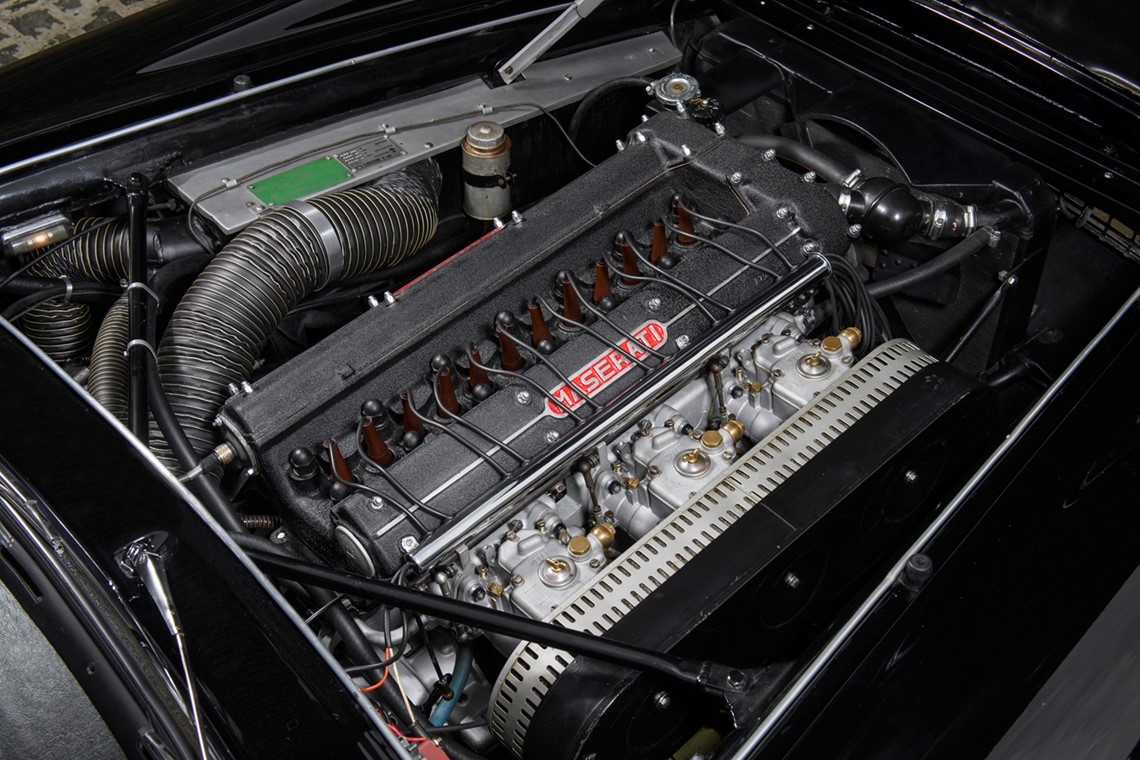 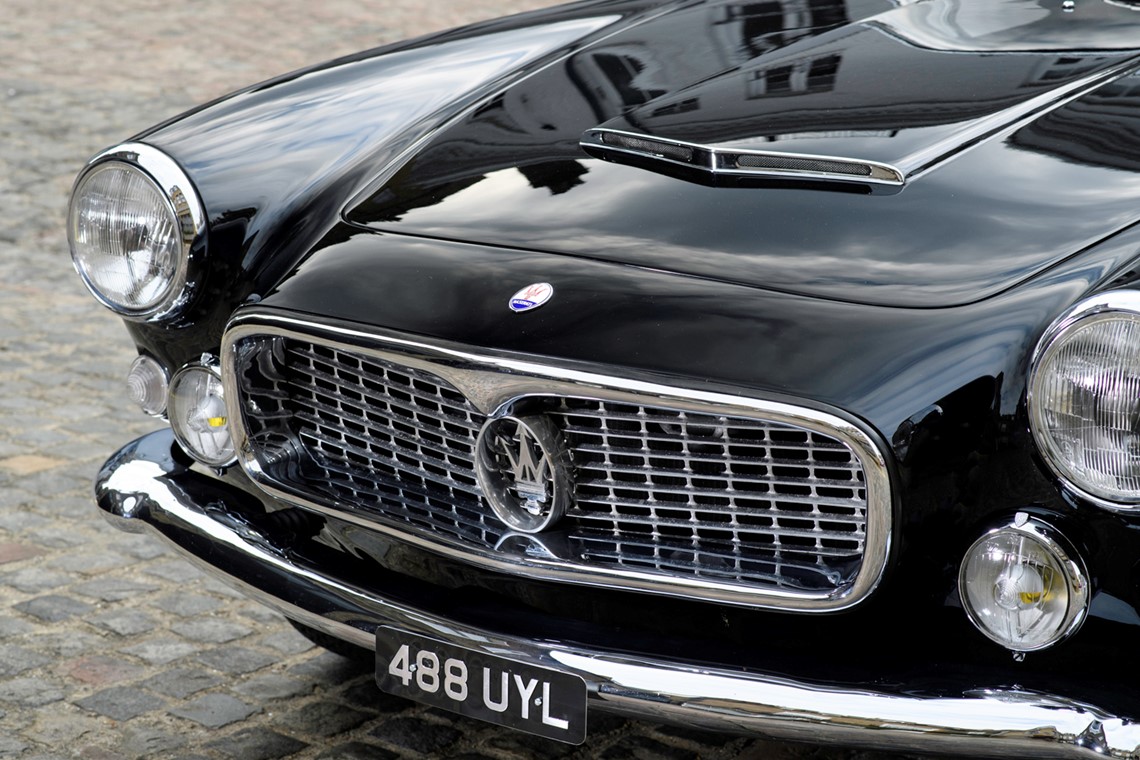