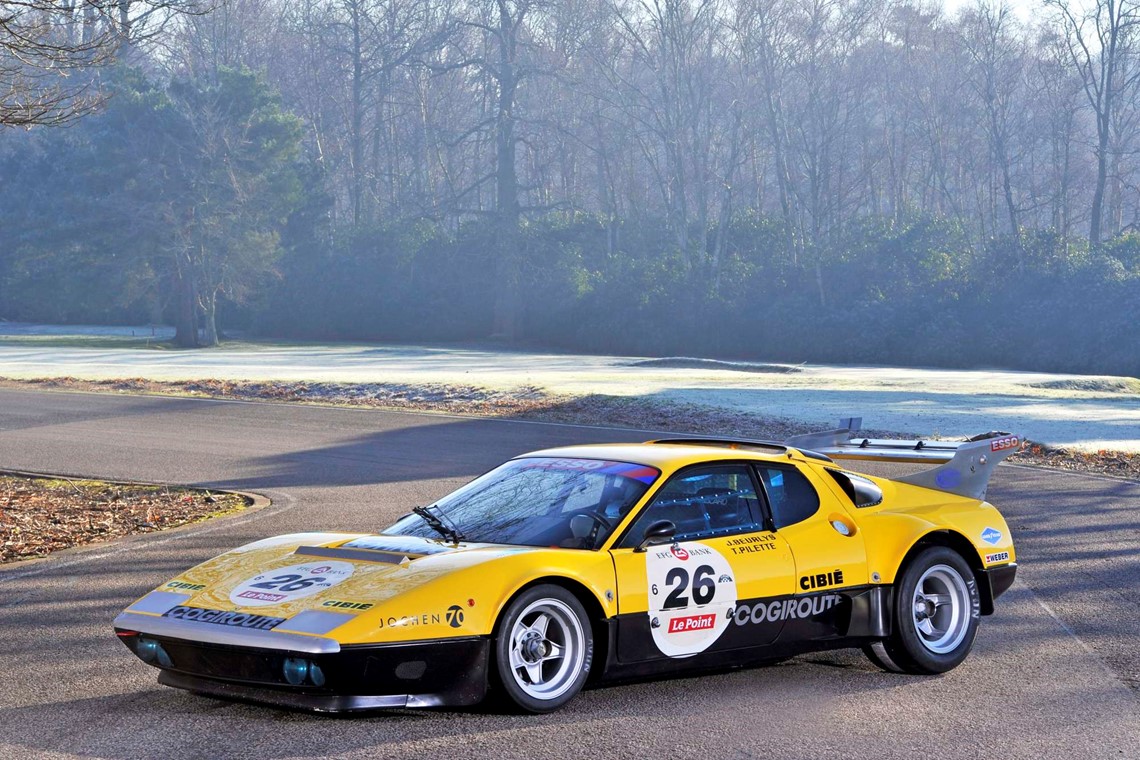 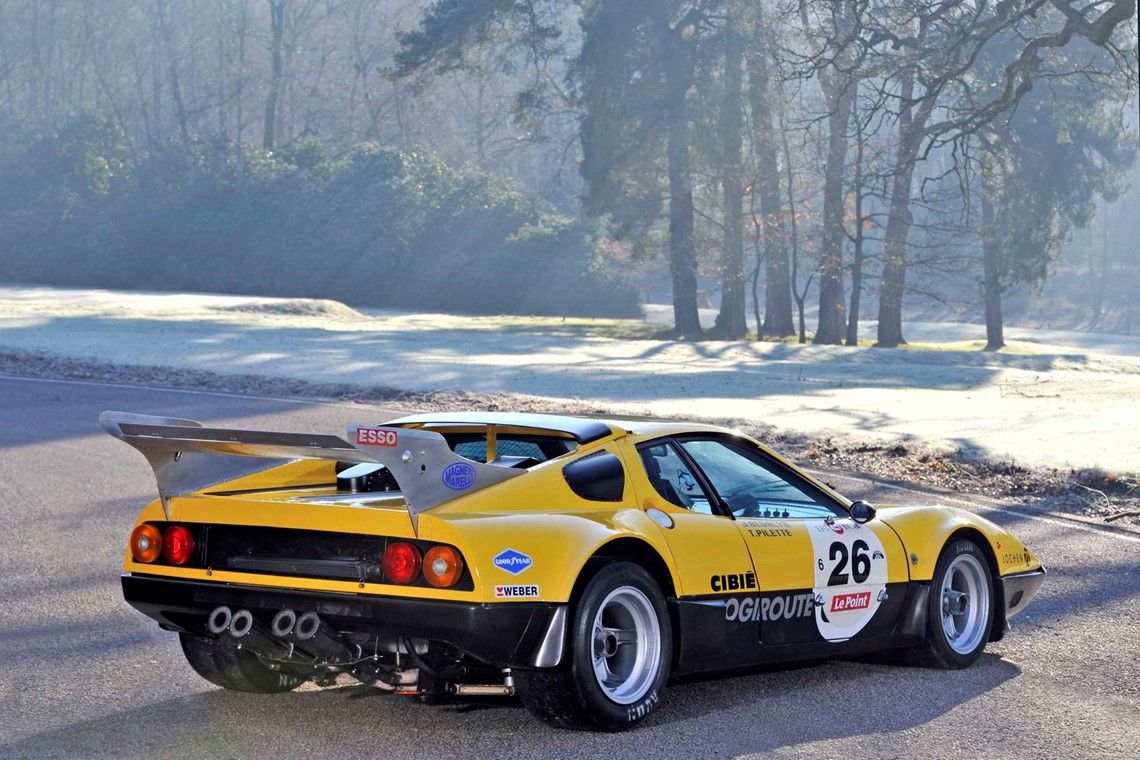 In1964, Swaters took the decision to completely focus his attention on sports car racing, having had an earlier interest in single seater competition. Swaters' Ecurie Francorchamps was always a top contender in sports car racing, with occasional class wins (including the 1965 24 Heures du Mans) and frequent class podiums. Swaters was a keen collector of everything Ferrari, and opened ‘the bunker’ as he would call his Galleria Ferrari with original documentations, important cars, sculptures, and other Ferrari automobilia, including many artifacts presented to him personally by Enzo Ferrari. The Francorchamps BBs, or Boxer Berlinettas to use their formal designation, were a well-known output from the Francorchamps stable and largely represented Ferrari as a marque in the late 1970s.

To set the scene, in the period from 1974 to 1983, the Ferrari competition department had decided to focus its considerable resources on Formula One racing. Therefore the marque’s honour in endurance racing was largely entrusted to privateer teams and their drivers. The 1978 edition of Le Mans was dominated by the great battle of Renault and Porsche, with the French marque claiming eventual supremacy. However, a total of four Boxer Berlinettas took part in the 1978 race, along with a Type 365 GT 4B, all entered by privateers. 22715 – race number 85 – qualified in 21st place, driven by Jean Blaton, Pilette and Touroul, but unfortunately had to retire from the race due to gearbox issues.

22715 was prepared with a series of important modifications to both its mechanical components and bodywork. The engine was equipped with a Lucas mechanical fuel injection and Marelli electronic ignition. The bodywork featured some aero dynamical devices of an experimental nature, such as the adoption of a Formula One type front spoiler, mounted on the rear engine cover.

In 1979, the Ferrari was acquired by Belgique, Ennio Gianaroli, who kept 22715 for some three decades, entering it in a variety of Club Ferrari meetings during this time. After changing hands but a few times, in 2005 the Ferrari underwent a complete restoration in Germany. Subsequently it has gone on to compete at many editions of the Le Mans Classic where it has been very well-received. Beautifully prepared for competition, with an accompanying history file that includes many period photographs from the 1978 Le Mans race, this epic Ferrari encapsulates the spirit of an era. 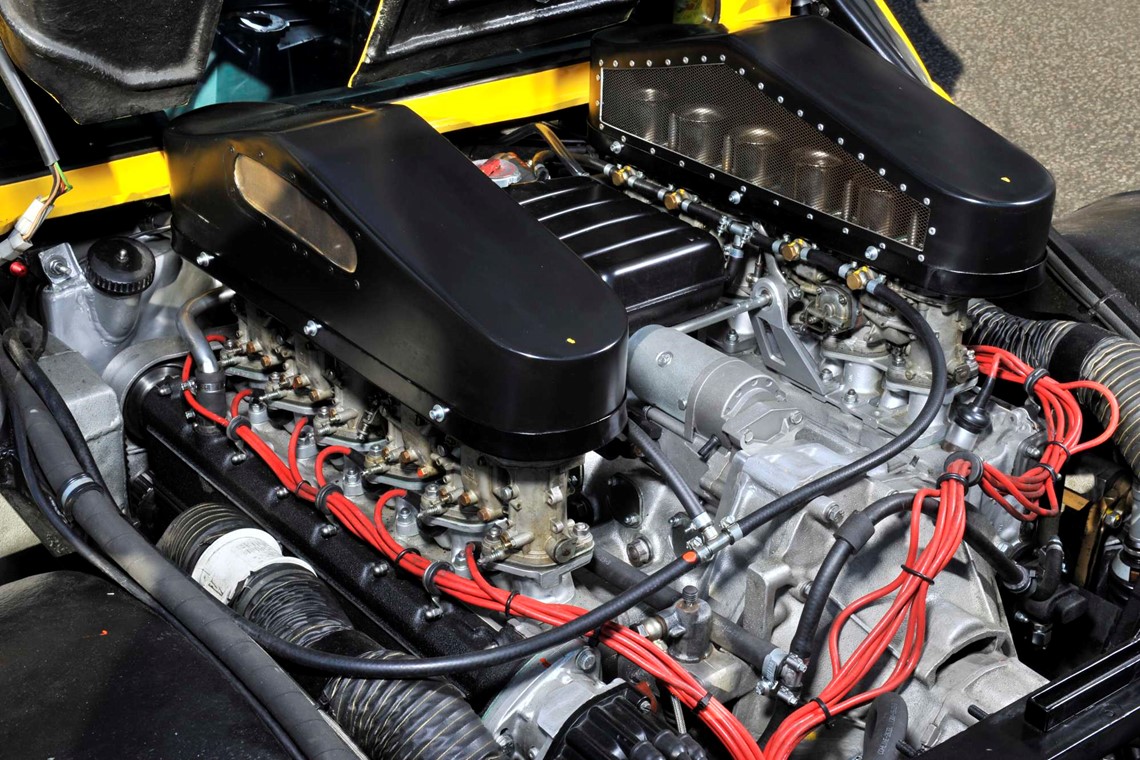