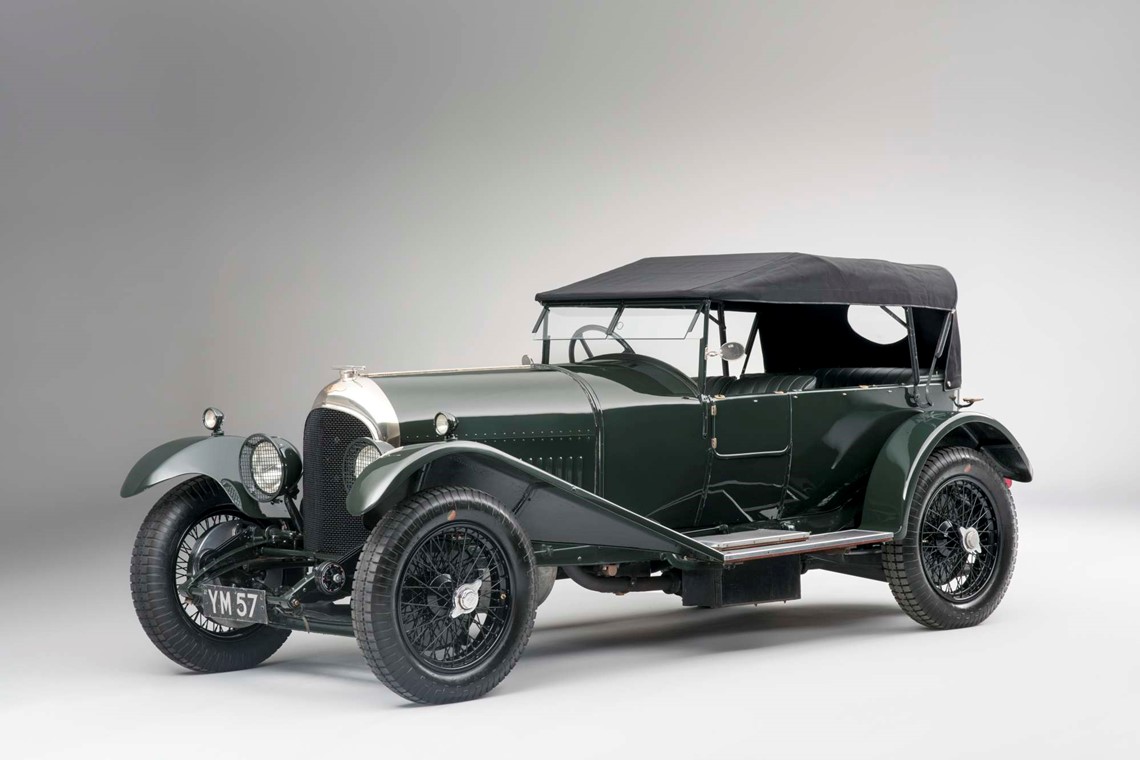 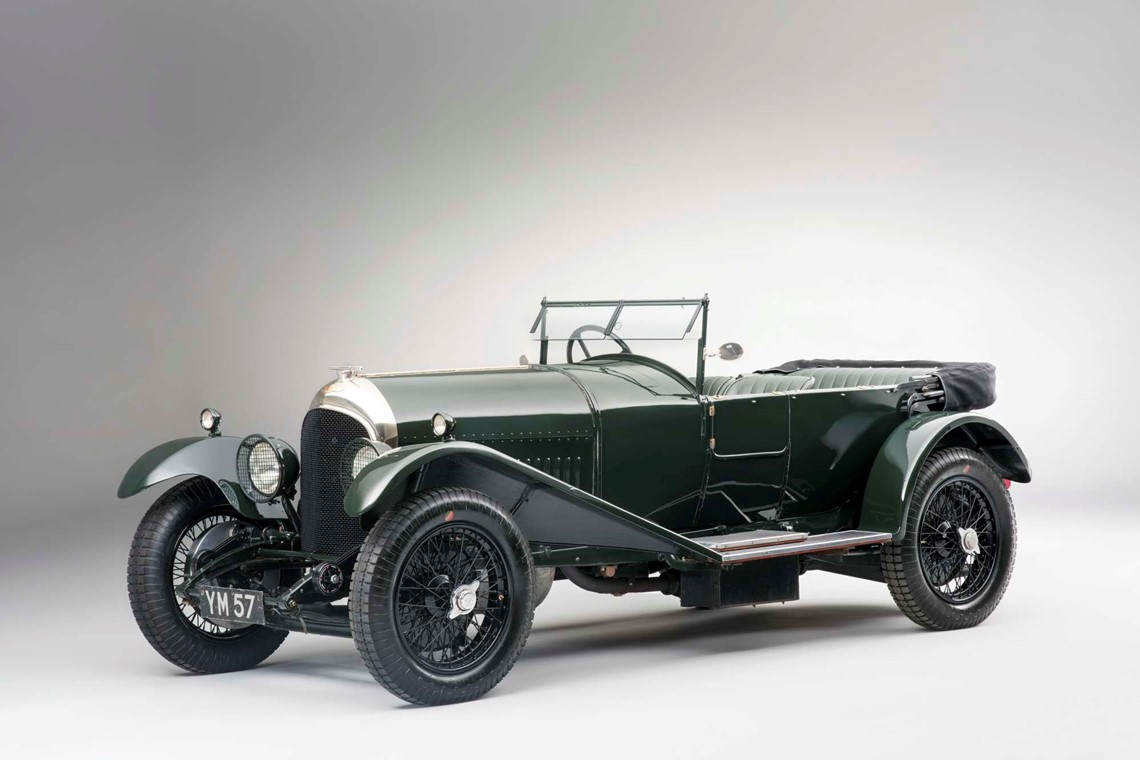 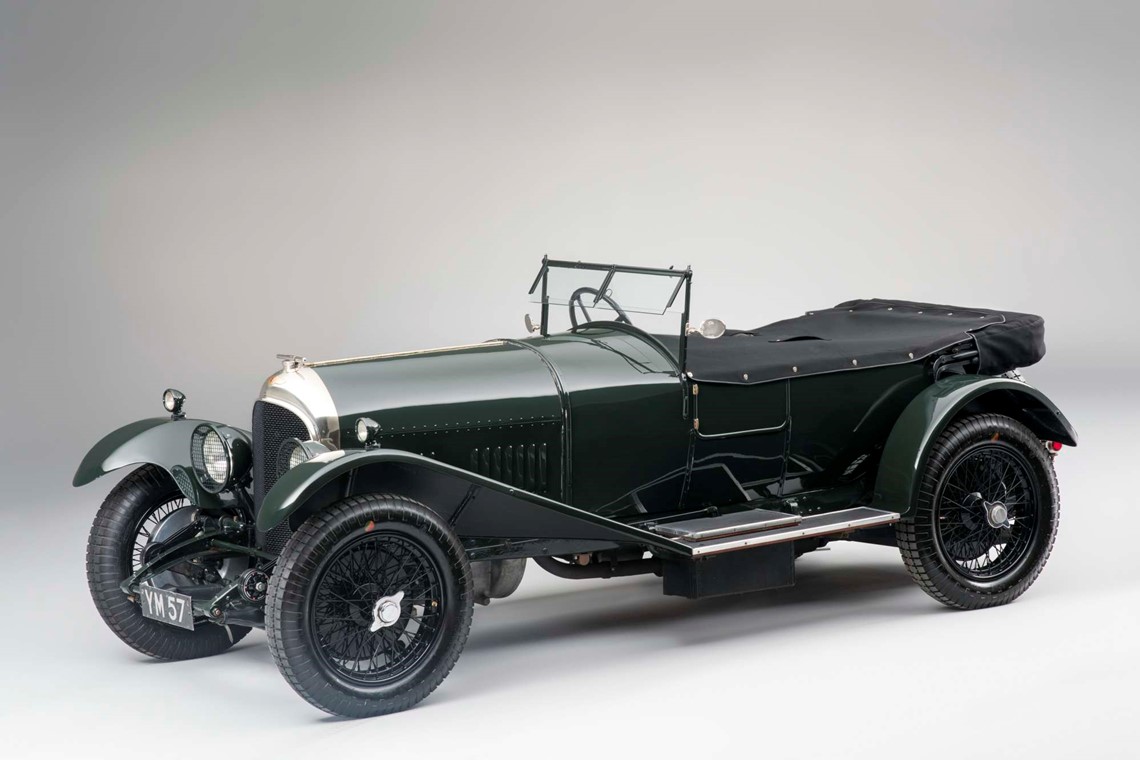 Originally supplied in March 1926 to the order of Mr. E Gordon Craig, Chassis No. NR507 was first registered as a 3 Litre Speed Model, fitted with 4 seat touring coachwork by Van den Plas. Featuring the desirable high compression engine with twin SU carburettors (as opposed to the single Smith variant afforded by the standard model), the car was advanced for its time – with novel features including overhead camshaft operated four valves per cylinder and twin spark ignition and famously won the 1926 Le Mans 24 Hours!

A succession of owners prior to the Second World War saw the car reside in locations dispersed throughout the South of England including London, Hove in Sussex, Bournemouth and Wimborne in Dorset. Ownership after the war transferred briefly to the renowned aviator and “special” builder Douglas Wilson-Spratt (of WSM Sprite fame) before its relocation to Oban in Scotland when purchased by Norman Hamilton-Smith.

1953 saw the commencement of the intriguing ownership of YM 57 by Roley Fraser, for the princely sum of £100. At that time a keen racer of a Jaguar XK120, tended to by his friend Gordon Lockart, Fraser acknowledged that the original 3 Litre engine was (in his words) “just about knackered and making a fearful clatter” – and agreed with Lockart’s suggestion of converting the car into a 3/ 4.5 litre. A suitable engine was sourced from Messrs T.P. Breen for £50, and the conversion proved a great success. Braving the inclement Scottish weather, Fraser embarked upon the first of many tours with the car in the Winter of 1953/4, initially in Perthshire before turning south down to the Border country.

In 1956, circumstances dictated that Roley Fraser had to reluctantly relinquish ownership of YM57, and it was sold to Hamish Gunn in Edinburgh. Although enjoyed for several years by Gunn, the death of his wife somewhat dimmed his enthusiasm for the car, and it was put away in a garage in the city for some years, prior to being purchased back by Roley Fraser in 1976. Despite the period of relative neglect in the latter years of Gunn’s ownership, a battery change and service were all that was needed to ensure that YM 57 burst back into life shortly after Fraser took possession for the second time.

Subsequently, a prolonged period of sympathetic re-commissioning of the car was carried out by Fraser, and his son Simon. This involved re-wiring and re-painting, and the addition of a number of non-period (but desirable) modifications including conversion to hydraulic front brakes and the addition of an electric fuel pump, electric fan and alternator. Furthermore, the car’s long distance touring credentials were enhanced by the addition of a new 16 gallon long range fuel tank and overdrive to the gearbox.

YM 57 has more recently benefited from a full engine rebuild by marque specialists McKenzie Guppy Ltd. of Blandford Forum, Dorset. An extensive restoration has just been completed by renowned Bentley specialists, Neil Davis where the car has been subject to a compete re-spray and re-trim to its original colour of British Racing Green. The radiator was also re-cored, overdrive fitted, and the original type brakes were re-installed. The cars gearbox was also completely rebuilt by Brineton engineering.

2015 saw further work carried out on YM 57 by rally specialist William Medcalf. The car is now ready to be enjoyed on all major rallys.

The car offers a rare case of an original bodied vintage Bentley, and offers spirited performance as well as a fascinating and thoroughly documented continuous history. The late Speed model 3 Litre is widely considered to be the archetypical vintage Bentley and the car offered here is the connoisseur’s choice, combining the agility and handling of a 3 Litre, with the power and performance of the 4.5 Litre engine. 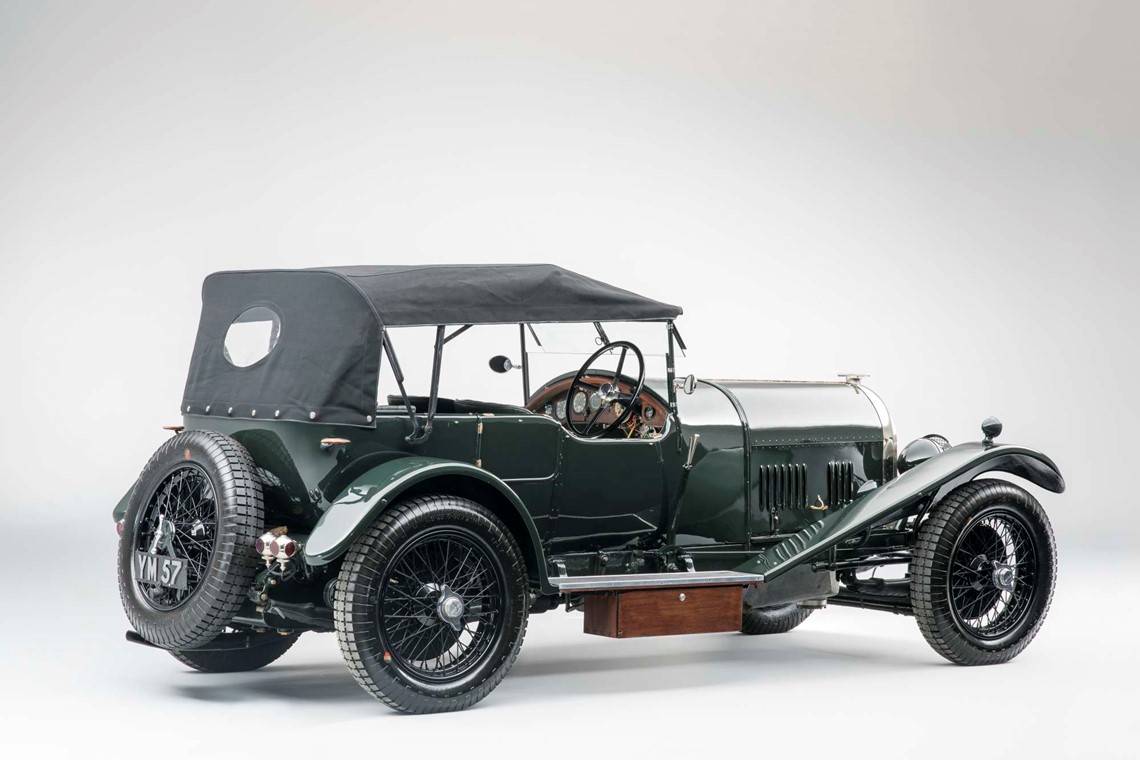 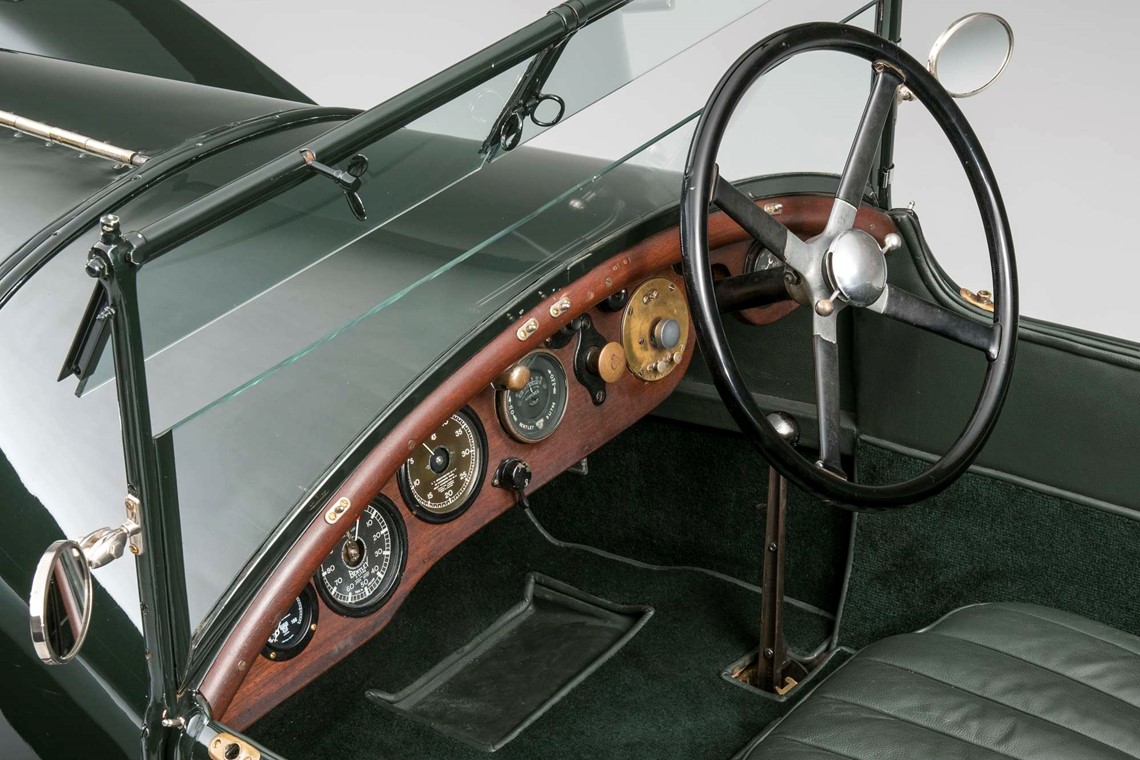 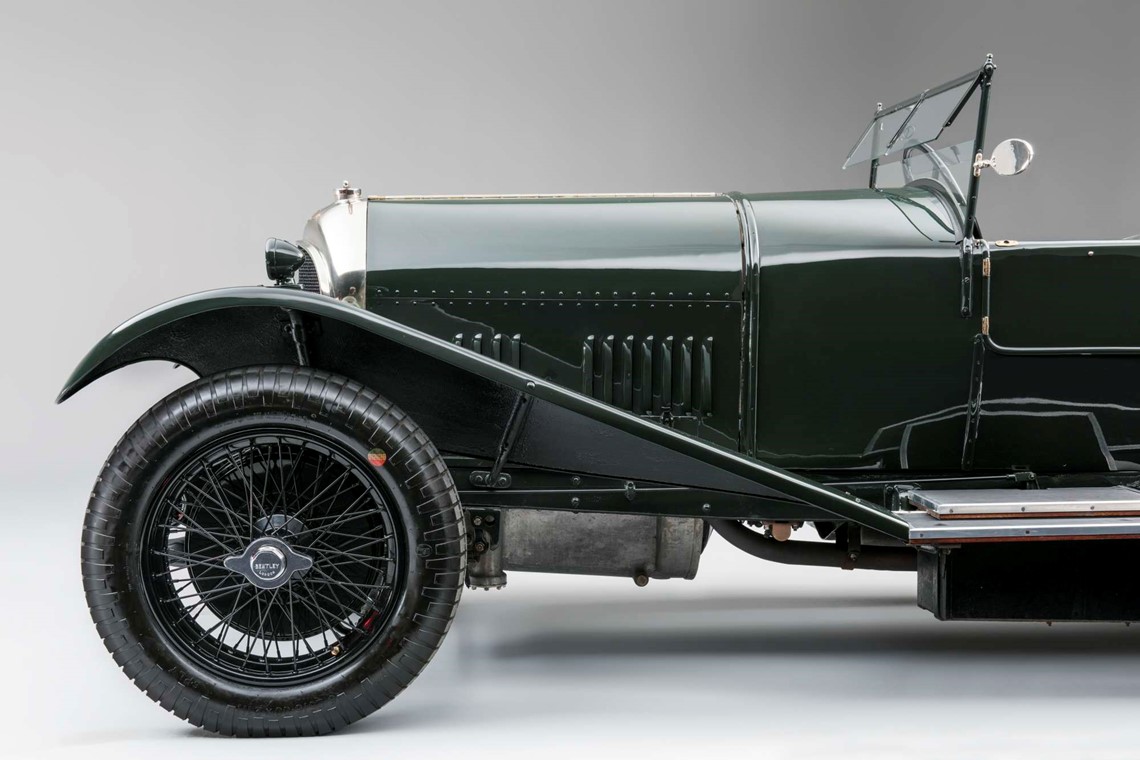 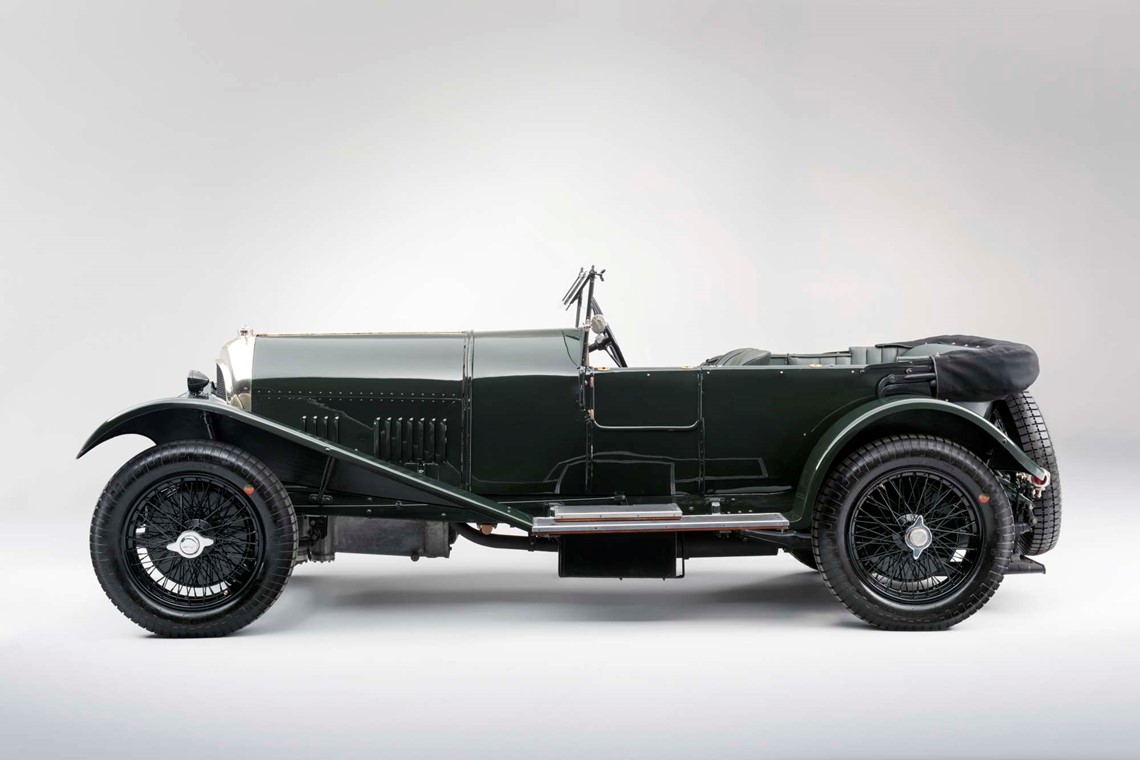 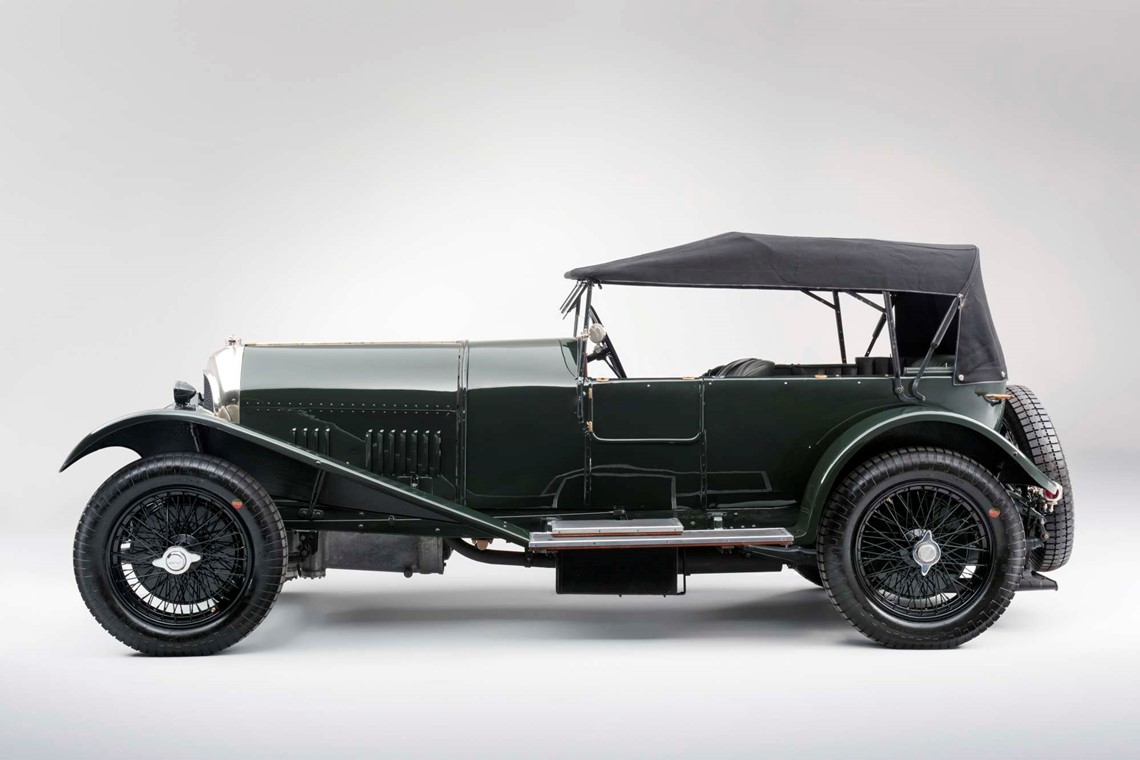