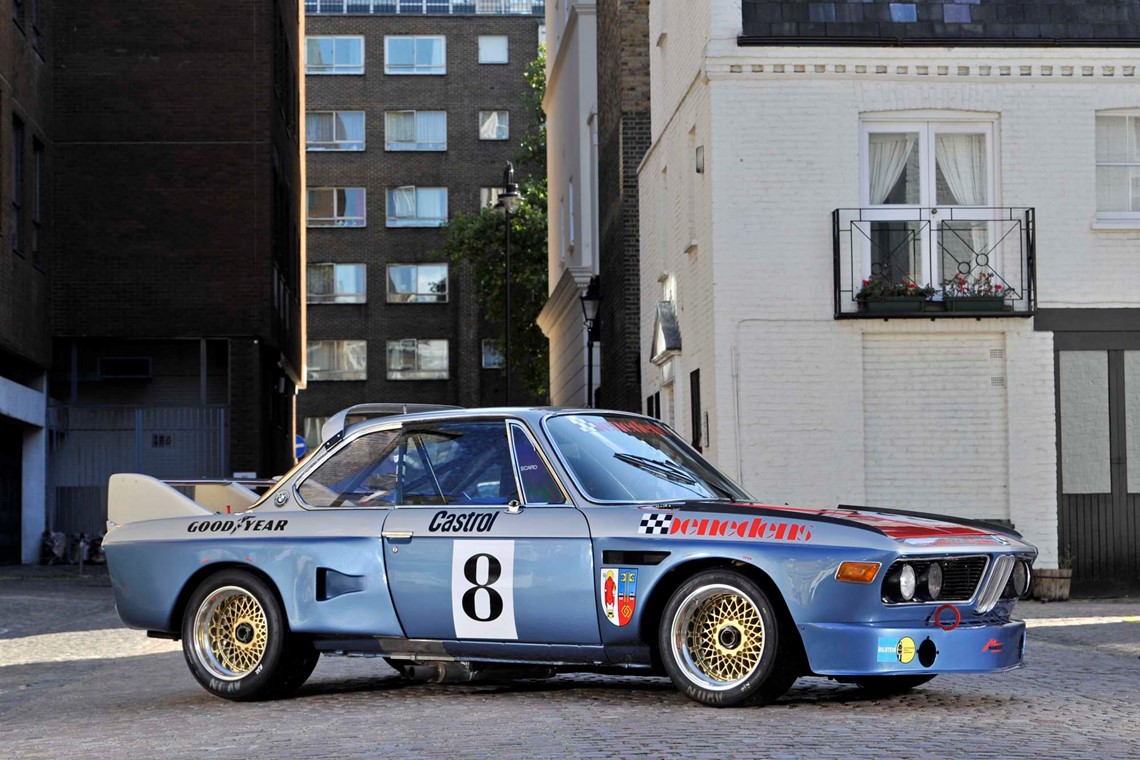 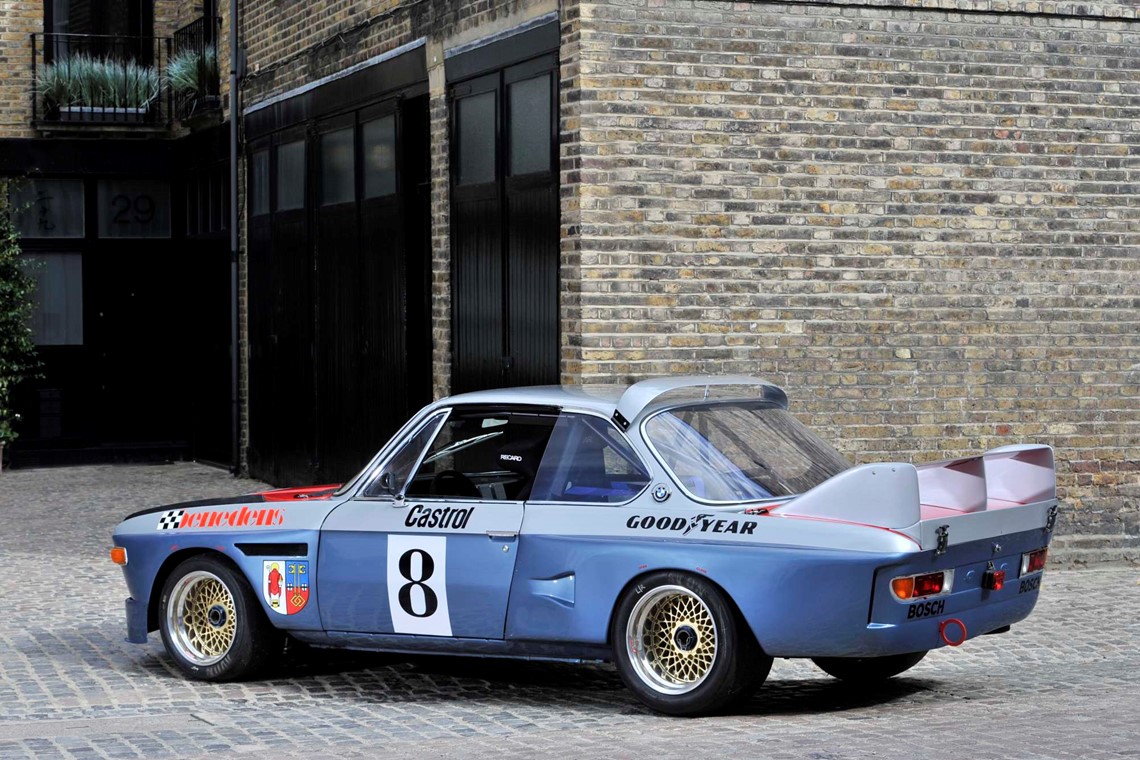 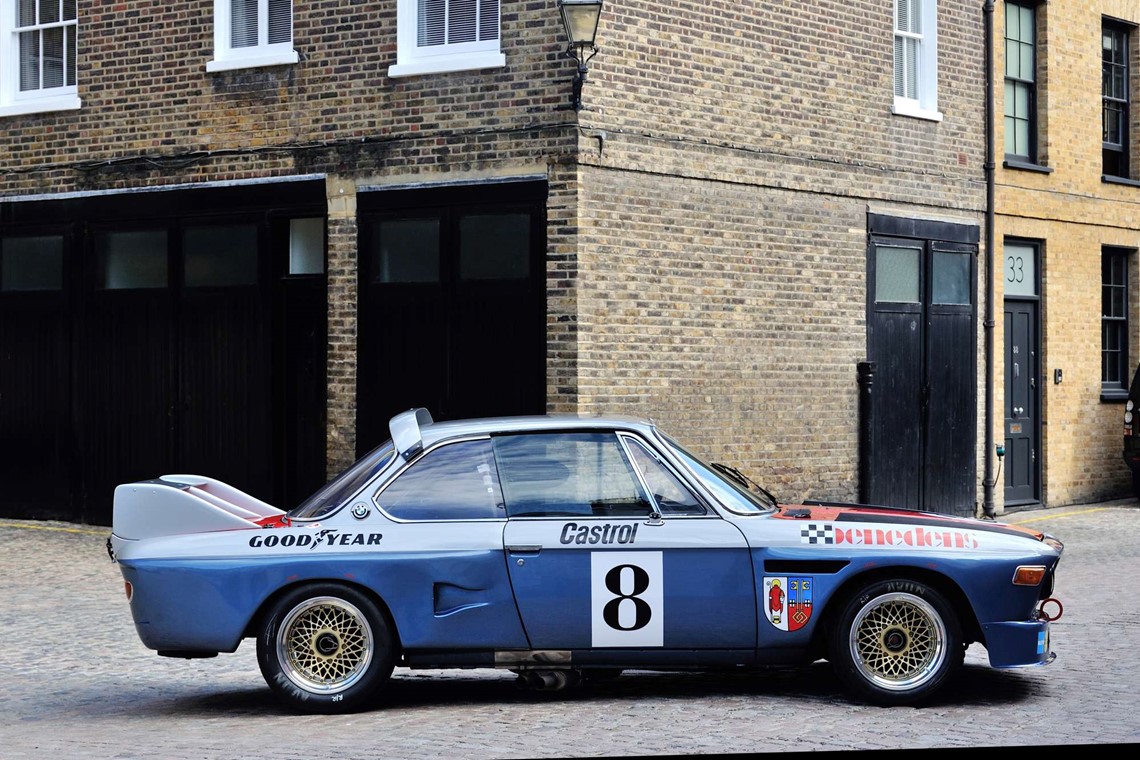 Like most BMW E9 Competition Coupes of the period, this car began life as a CS Race car, run under the Faltz-Alpina Racing Team banner and competed in German/European Championship​ races in 1972. Sold to Josef Benedens later in 1972, the car was upgraded to Group 2 CSL Batmobile Specification by Manfred Nicht and continued to compete in the ​German/European Championship​ through to 1975.

Following this, the car was sold to Peter Herke, a German ​racer based in the USA. It was upgraded to Group 5 specification and was raced by him and other drivers in the American IMSA Series before running in a number of historic races through the 1980’s and 1990’s.

The car brought back to Europe in the mid 2000’s, where it was delivered to QM Engineering in the UK (Roger King who runs QM had worked for Ralph Broad (Broadspeed) during the 1970’s during the 1970’s and had worked on Group 2 Ford Capris and also the first BMW CSL race car that was produced as a study for BMW before they entered the ETCC with a Works Team.

The decision was made to return the car to Group 2 Specification in order to allow it to run competitively in Europe. The restoration involved replacing various sections of the body shell, which were missing, such as the front panel, wings, sections of the boot floor that had been removed, and various other body panels that have been modified or removed for the Group 5 regulations.

The body shell was stripped to bare metal, however during this process, it was possible to see the various different layers of paint from the Yellow and Orange (Faltz Alpina) and blue and silver (Benedens) and white (IMSA) as the car had been painted a number of times during its life.

The owner chose to put the car back into its 73/74 livery, as there are numerous photos of the car from this time. The engine, gearbox and differential were also completely rebuilt by QM engineering, the engine being done by Mick Kenny – an ex Broadspeed engine builder. All suspension, brakes, and all fluid lines were replaced; all major components were retained as spares/historical provenance with the car. The car was then run in historic races in the UK where it proved to be a competitive example.

Sold to the current owner in 2010, he decided to send the car for yet more work with specialists in Germany, Schirmer Race Engineering. A further €100,000 was spent on the car and the engine was rebuilt again. It only has a couple of hours running on it and is fresh and ready to go.

The car is accompanied by a number of spares, its old Group 5 bodywork, HTP Papers and a fantastic history file, showing period photos, documentation, period race stickers and results. 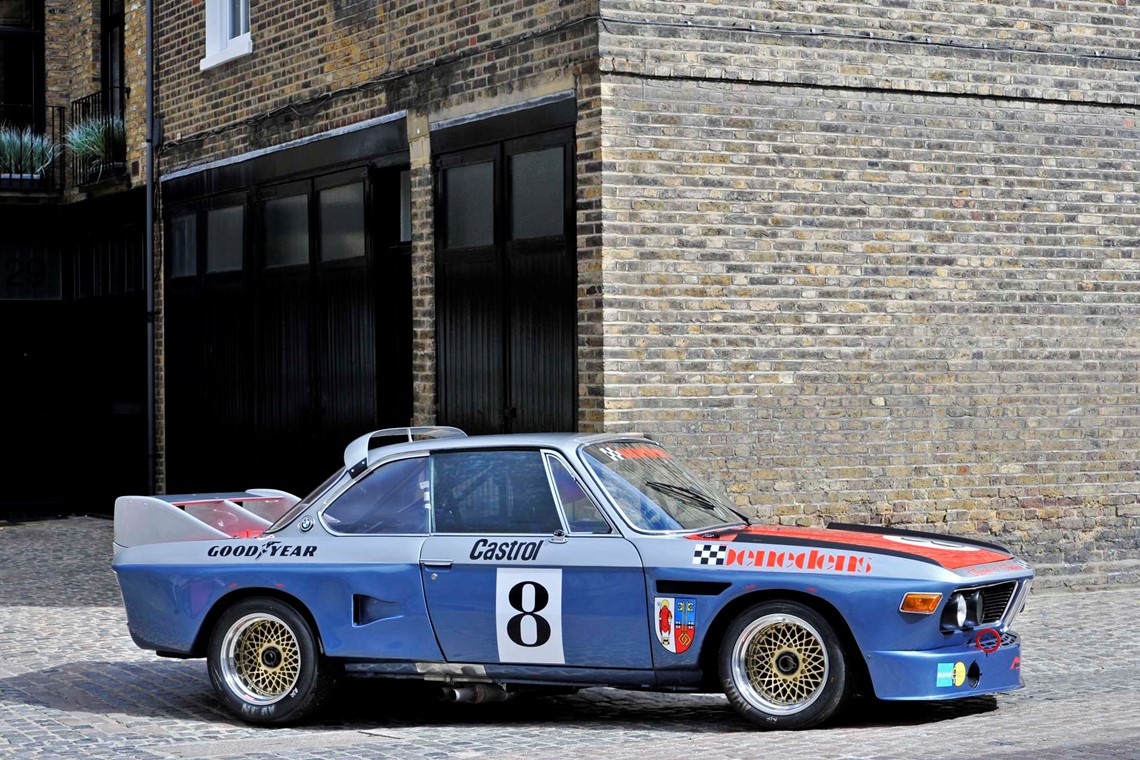 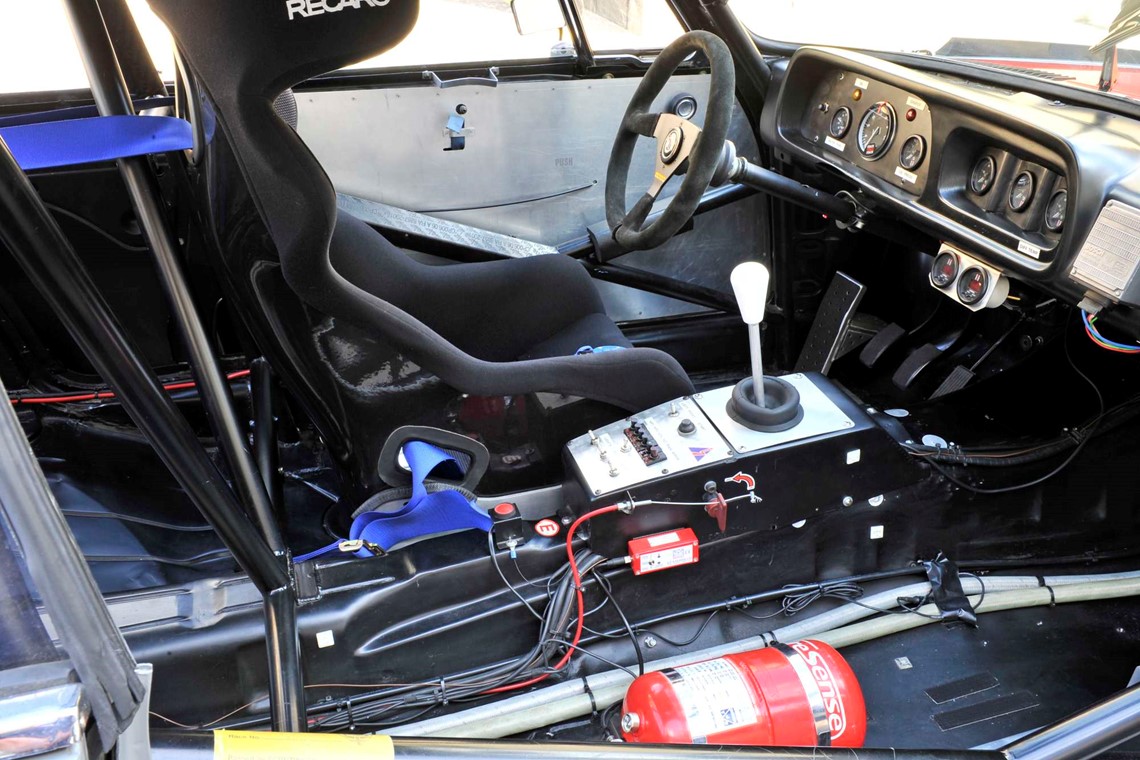 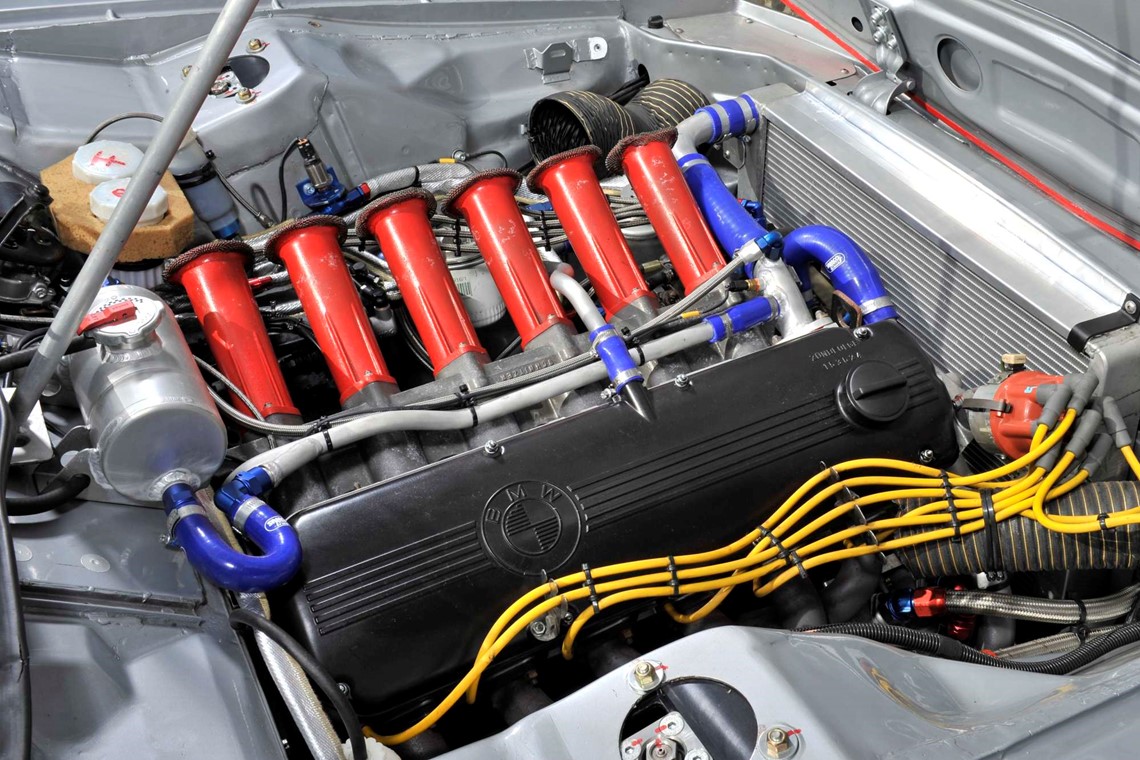 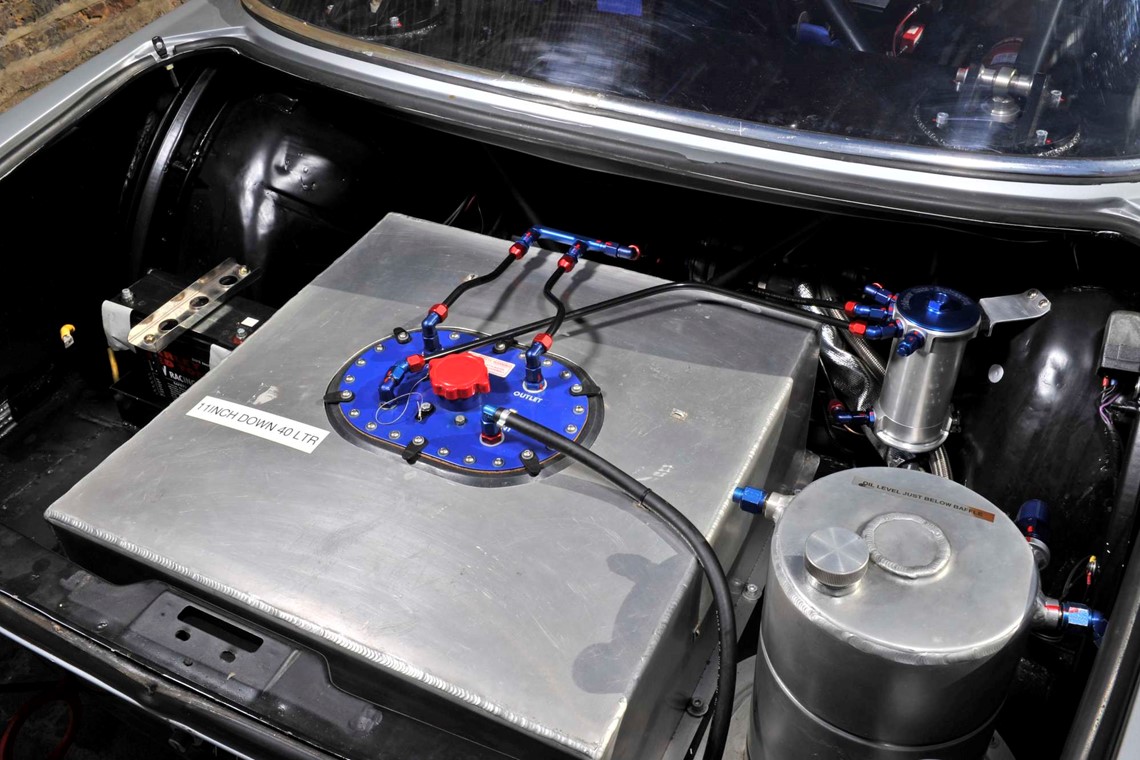