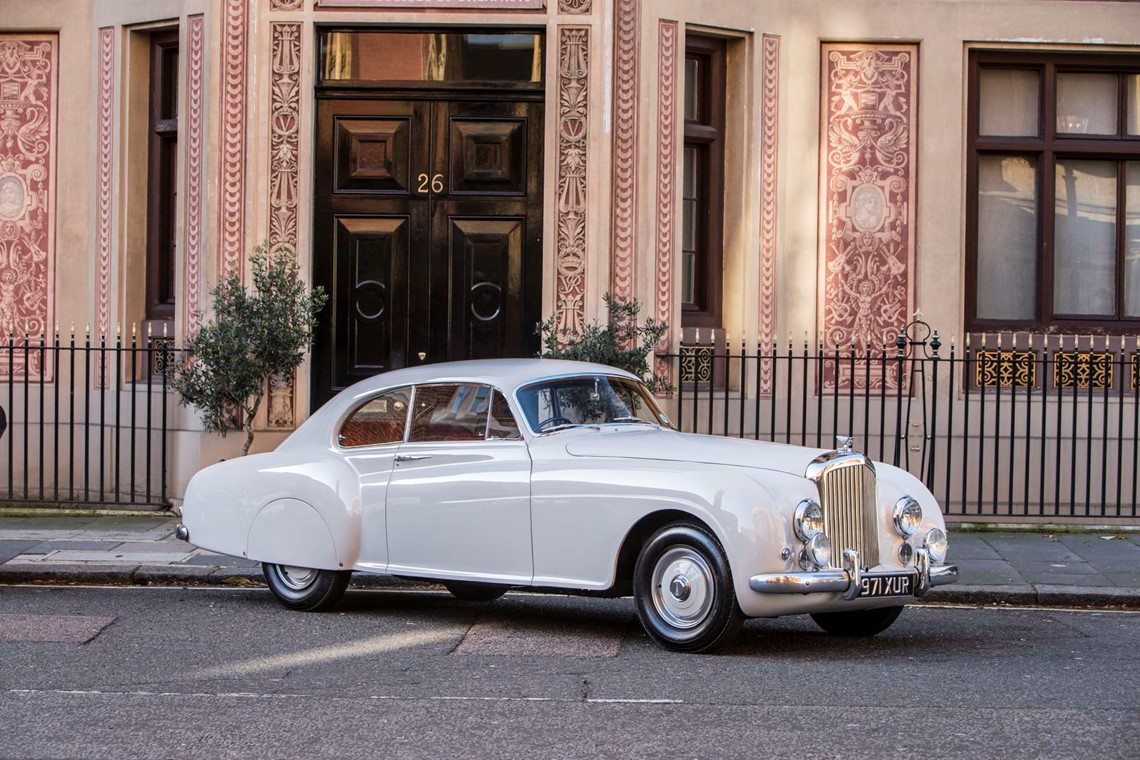 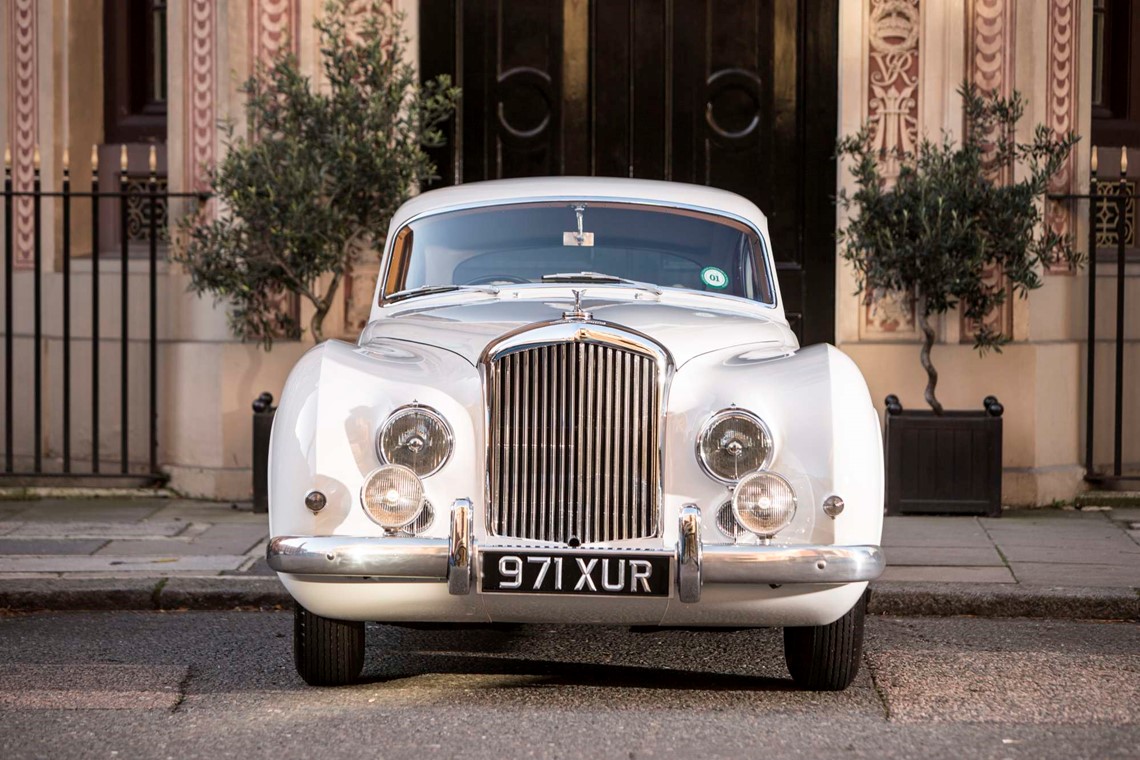 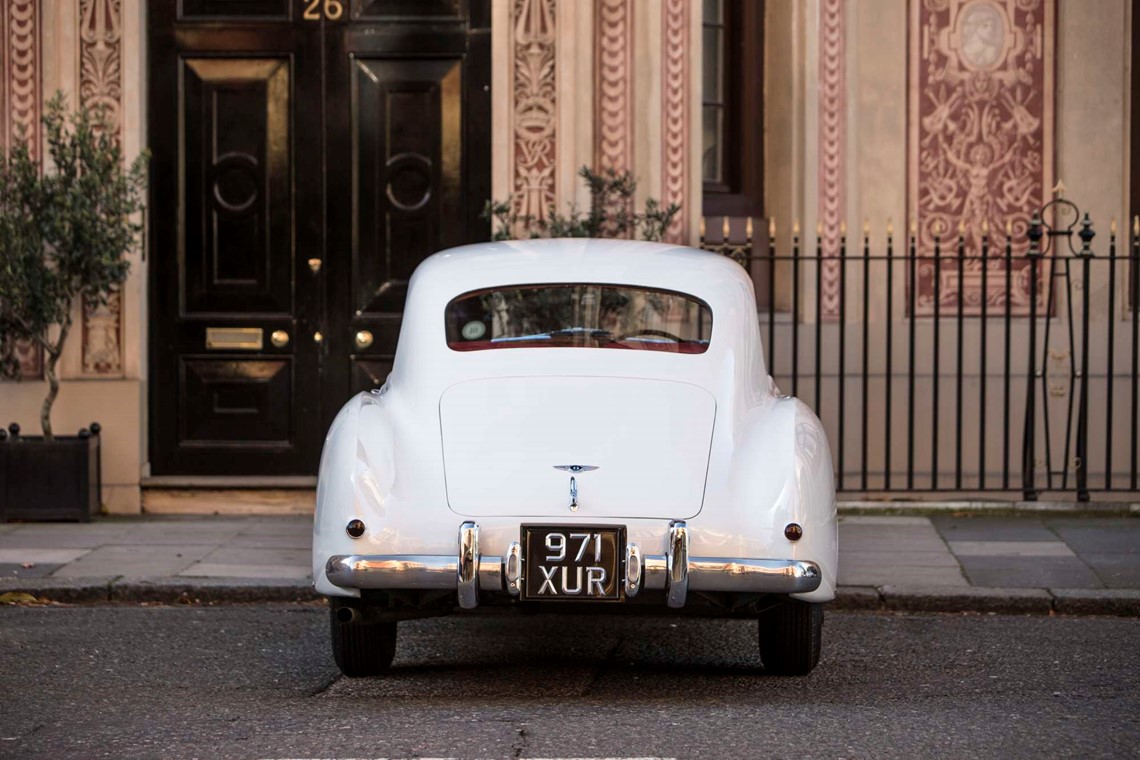 This important early ‘A’ series R-Type Continental graced the Bentley Motors exhibition stand at the London Earls Court Motor Show in 1952. Autocar’s reporter from the 31st October edition of the magazine exclaimed that ‘Bentley’s new continental sports saloon is an inevitable centre of attraction, as it is bound to be with the rakish lines of the H.J. Mulliner body. This car is in the front rank of high-speed machines.’

The seventh of 193 R-Types built by H.J. Mulliner and one of just 25 ‘A-series’ cars, this 153bhp, 4,566cc inlet-over-exhaust six-cylinder-engined car is often bestowed with the accolade of the most desirable post-war Bentley. Autocar described the Continental as ‘a modern magic carpet annihilating great distances’. When new, it was the most expensive car in the world.

Resplendent in ‘Blanc Cassee’ or ‘broken White’ coachwork, BC7A proved to be such a roaring success at the Earls Court Show that it was purchased on the spot by Mexican Señor Jonel Sanielevici, who was a Paris-based member of the Diplomatic Corps. He received the car in France in November 1952 whereupon he promptly returned it to Mulliner for re-upholstery in British Racing Green prior to shipment to Mexico. Whilst in Mexico, the car was registered under the diplomatic number of 65206 for many years.

In 1960 the car re-located to Mexico City following its sale to Señor Alain Reynaud, from whom the Policia Judicial mysteriously seized it in 1988. It was sold by the Policia Judicial shortly afterwards to Señora Tlapanco, who bought it as a present for her son. This gentleman went on to use and treasure the car over a long twenty-year period. In late-2006, with only 95,000 kilometres recorded, BC7A was consigned for sale to Kidston SA in Geneva, Switzerland, and it quickly attracted a new owner, a London businessman and Bentley collector. BC7A was exported to the UK, arriving in March 2007, and was registered to number plate 971 XUR.

During this period the owner commissioned a full ‘body-off’ restoration to be overseen by Graeme Hunt, the former Managing Director of Jack Barclay Limited. The objective for this restoration was to preserve and ensure complete authenticity and originality, resulting in the replacement of the electrical systems with a correct wiring loom, renovation and recalibration of all instruments, replating of the brightwork and replacement of the Bijur lubrication system, along with a full engine rebuild. The paintwork and upholstery were also put back to the colours and specification of the car’s original presentation at the Earls Court Motor Show.

The current owner is based in the Netherlands and has enjoyed using the car at the Lauwman Concours Elegance and the ‘The Jewels in the Park’ event at Dyck Castle in Germany, both of which are invitation-only events.

This wonderful car enjoys the ultimate specifications sought by connoisseurs of the R-Type Continental: a manual gearbox, lightweight seats, rear spats, aluminium window frames, and lightweight Willmot Breeden polished duraluminium bumpers with the coveted slim overriders, the latter being unique to the earliest examples. As an early car directly based on the prototype, BC7A is almost 300lbs lighter in weight than the majority of the later examples.

BC7A is presented for sale with extensive history files and records, including letters of interest from the Bentley Drivers’ Club and the National Motor Museum. 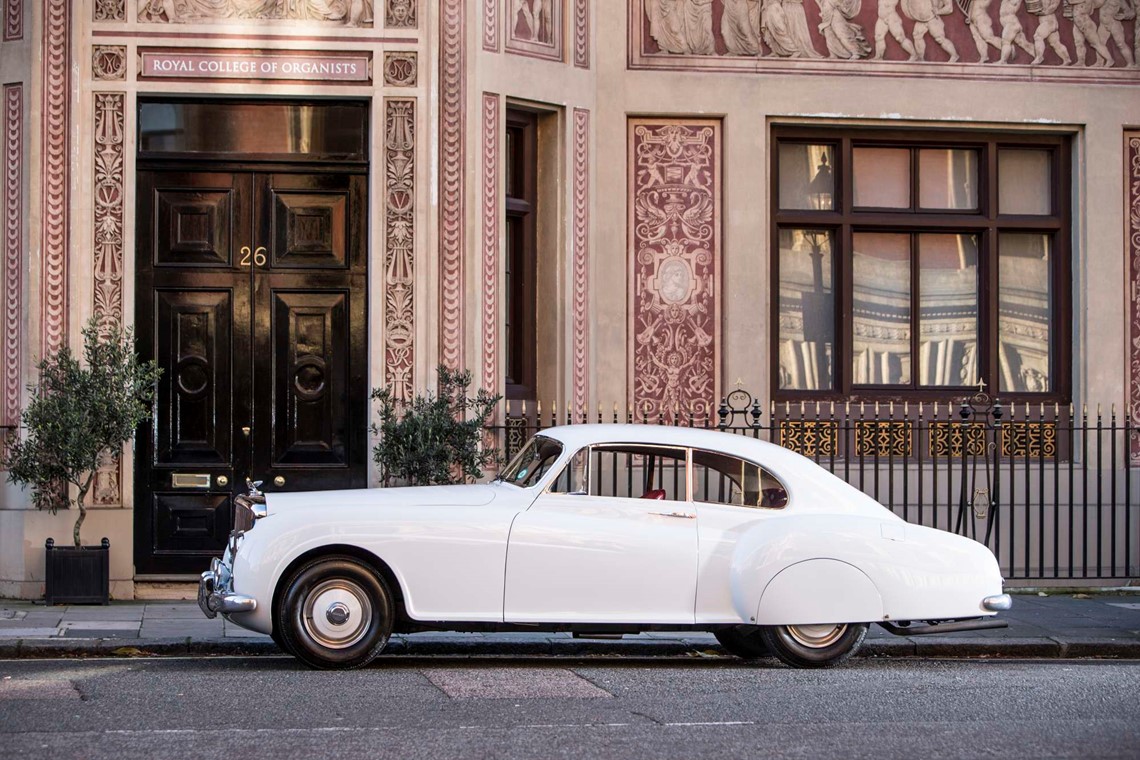 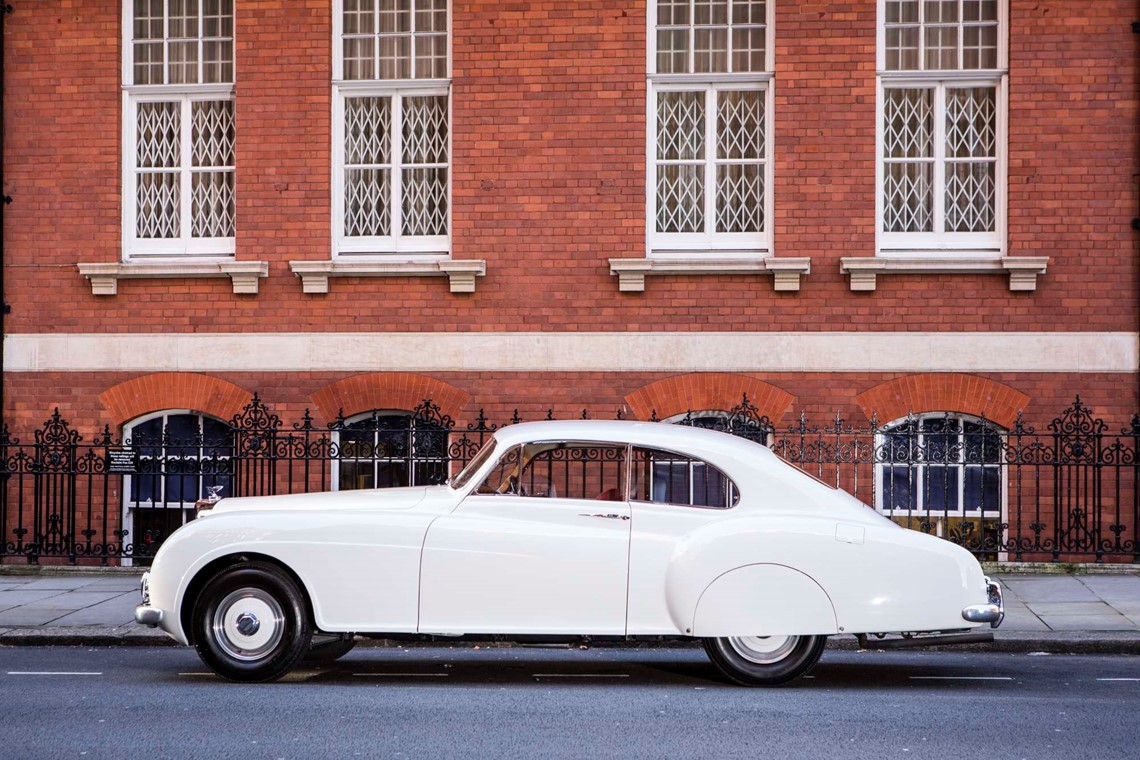 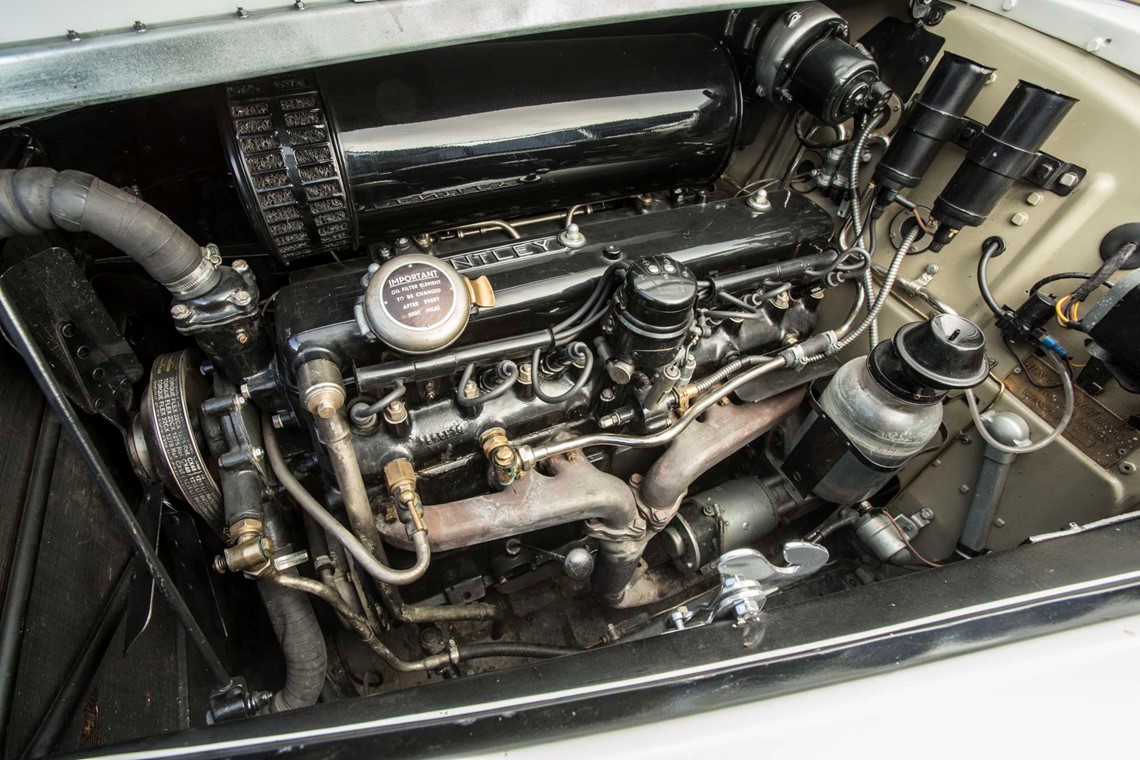 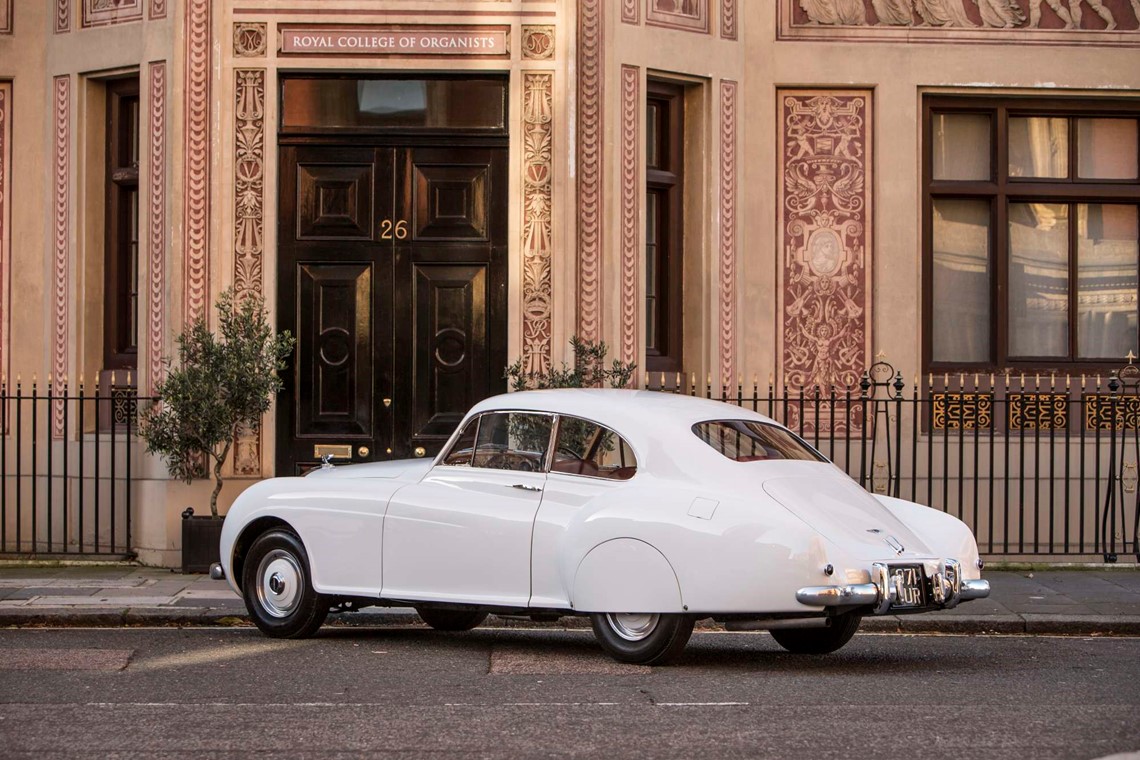