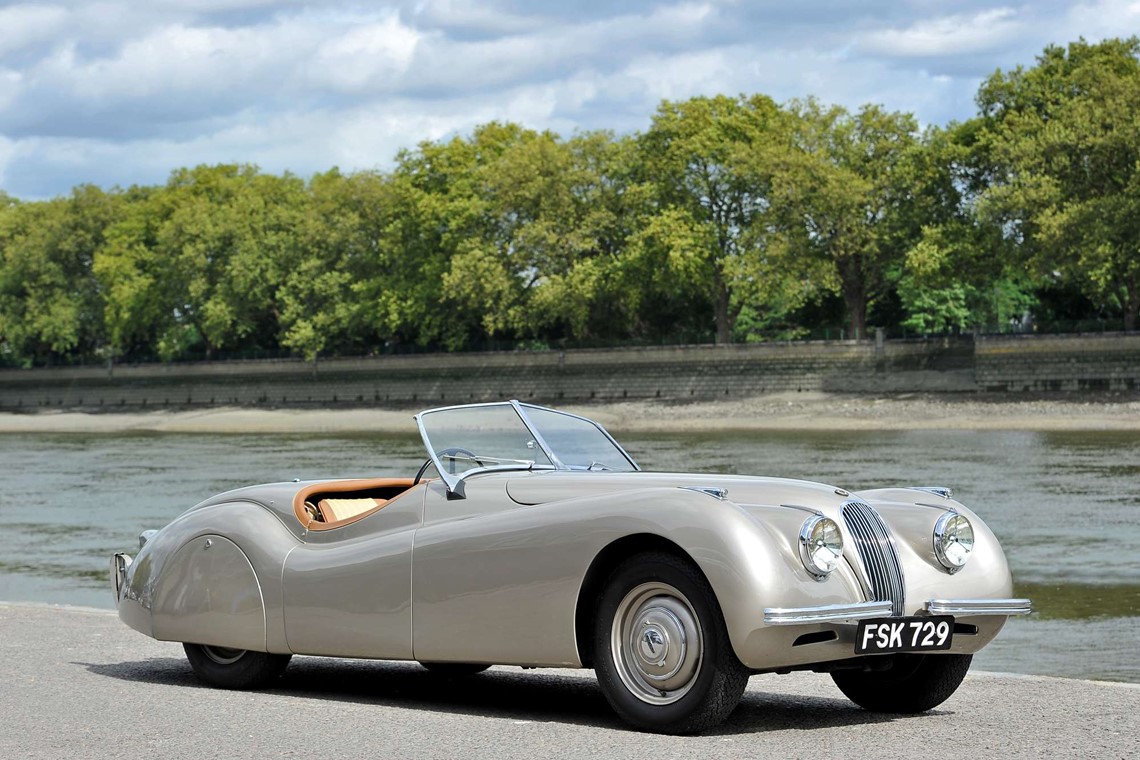 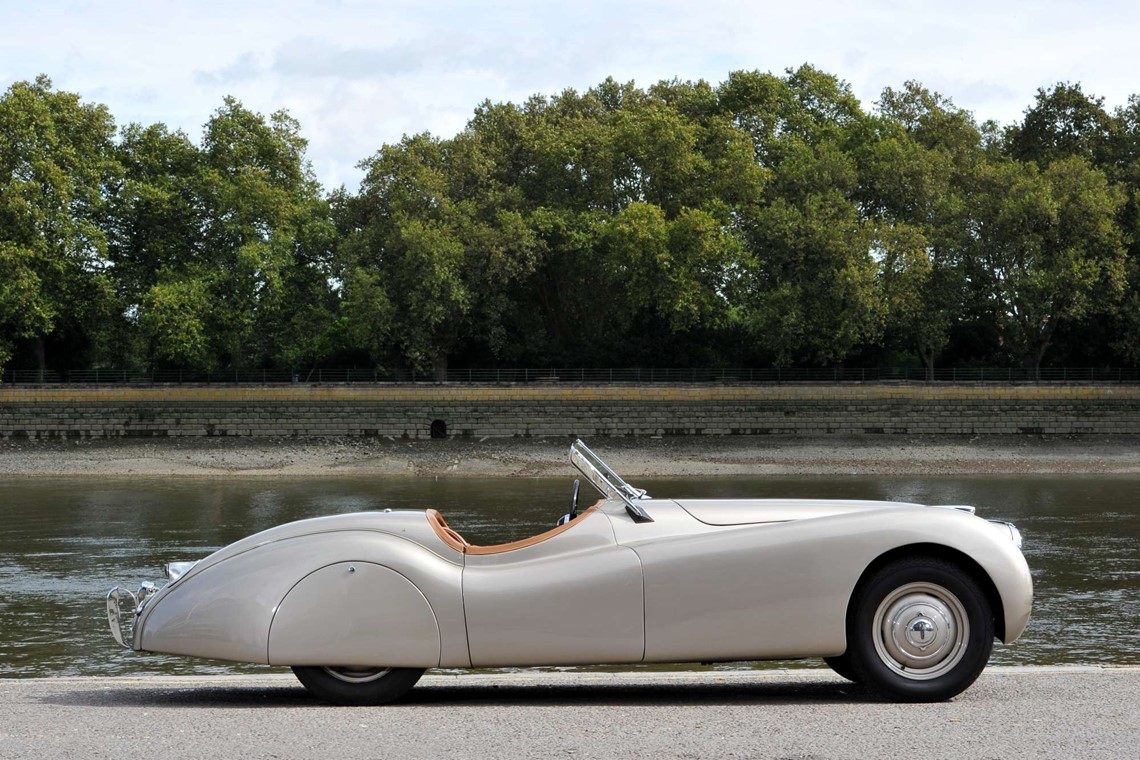 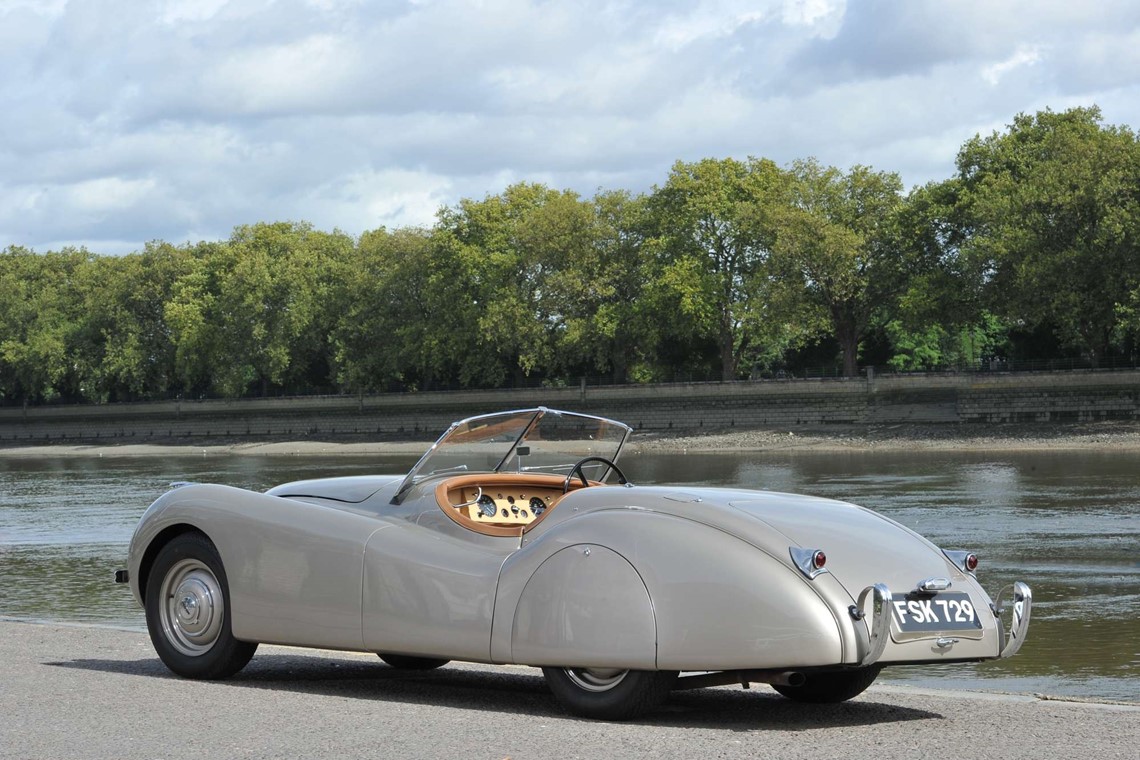 Dispatched from Browns Lane on 17th October 1949, chassis 660009 was destined for export to New Zealand at the request of motor dealer Eric Shorter in right hand drive configuration. Undoubtedly one of the very first XK’s to be exported from the production line, and certainly to New Zealand, as documented by historical correspondence from the Jaguar factory to-then current owner D.G.McMillan dated 1967.

Originally finished in Bronze coachwork and biscuit trim, 660009 must have looked and sounded sensational on the roads of Auckland after its arrival on 24th January 1950. Naturally the car made headlines in local press and a fascinating article titled ‘One Car You’ll Never Pass’ from a period magazine features Mr Shorter with the car and states how this was the first XK to be imported into the Auckland Province.

Mr Shorter retained the car for a year afterwards using it in parades and demonstrations before selling it to local resident Albert Roycroft on 15th January 1951. Mr Roycroft and his son were keen to explore the XK’s capability on the track and set about entering the car into some competitive speed events. They retired from their first race with tyre trouble but their second race was far more successful, the ‘100 Mile Centennial’ at Mairehau on February 3rd where Ron Roycroft (Son) scored second overall and fastest time of the day!

In March 1951 the XK competed in the ‘70 Mile Ohakea Trophy Race’ with another second place finish, much to the delight of the Roycroft family. Three weeks later 660009 competed in the ‘Wigram 100 Mile Race’ where it finished second to Les Moore’s Grand Prix P3 Alfa Romeo. The Roycroft’s continued to run the XK in sprints and club events until it was sold at the end of the South Island racing season in July 1951. At that time the car was noted as being almost standard road specification with the exception of ‘brake air scoops, carburetor trumpets etc.’

660009 passed through the hands of several Auckland based owners from 1951-1990, many of whom had seen the car put through its paces in the early days by Roycroft, who was noted as having a polished driving style. The XK was then acquired and re-patriated to the UK in March 1990 by British collector Hugh Palmer, who set about a concours standard total restoration by Fullbridge Restoration Company (Invoices on file).

The restoration was completed in Spring 1993 and Mr Palmer entered the Jaguar Drivers Club Concours at Burghley House in June 1993, scoring a second in XK120 class. The car was sold in December 1993 to Belgium and some years later in 2007, Fiskens supplied the XK to the current UK owner who has enjoyed the car on a number of European touring events.

Offered in excellent restored condition, 660009 is a ‘matching numbers’ example and retains its original engine and original colour combination. With its period competition history, documented ownership and being one of less than 50 original right hand drive Alloy XK120s, this car is unquestionably the XK to own. Supplied with a comprehensive history file, UK registration and HTP papers. 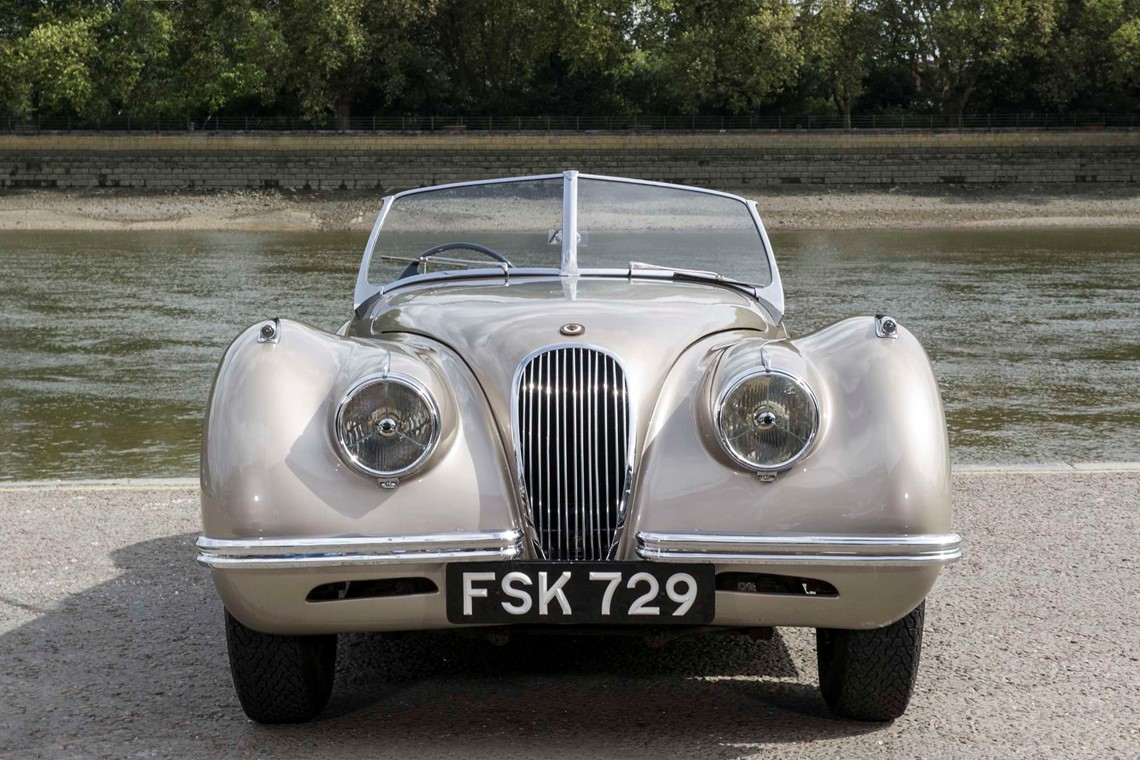 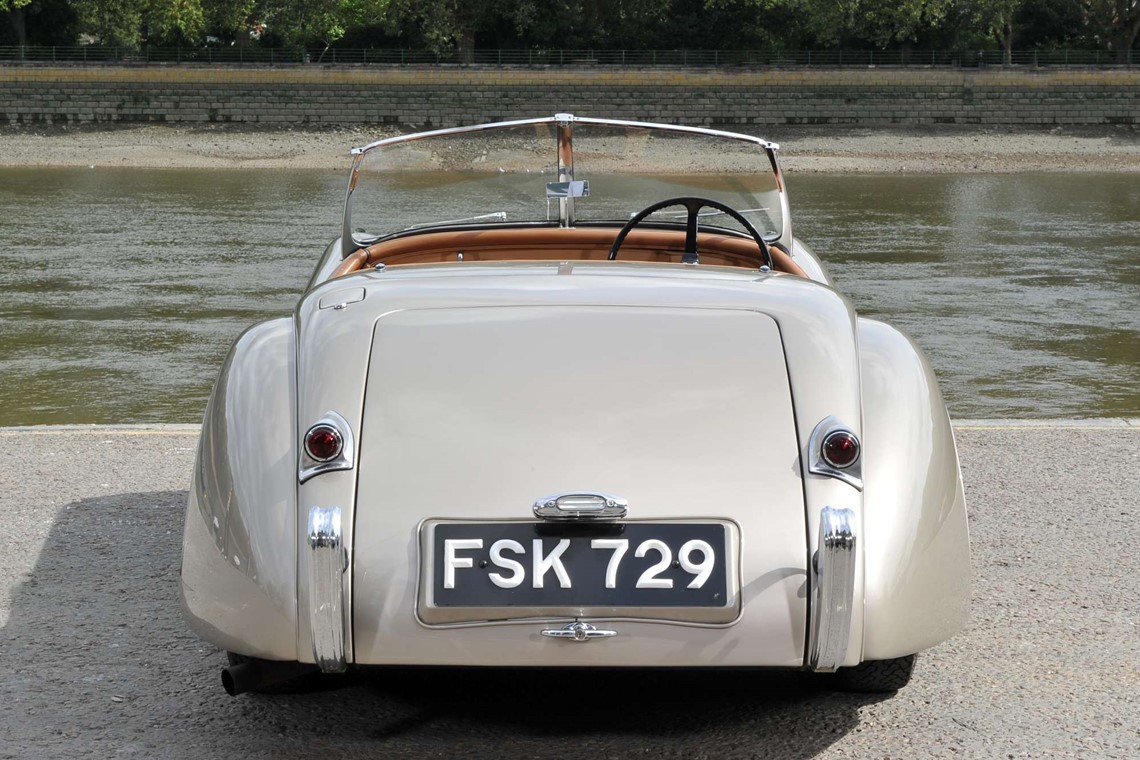 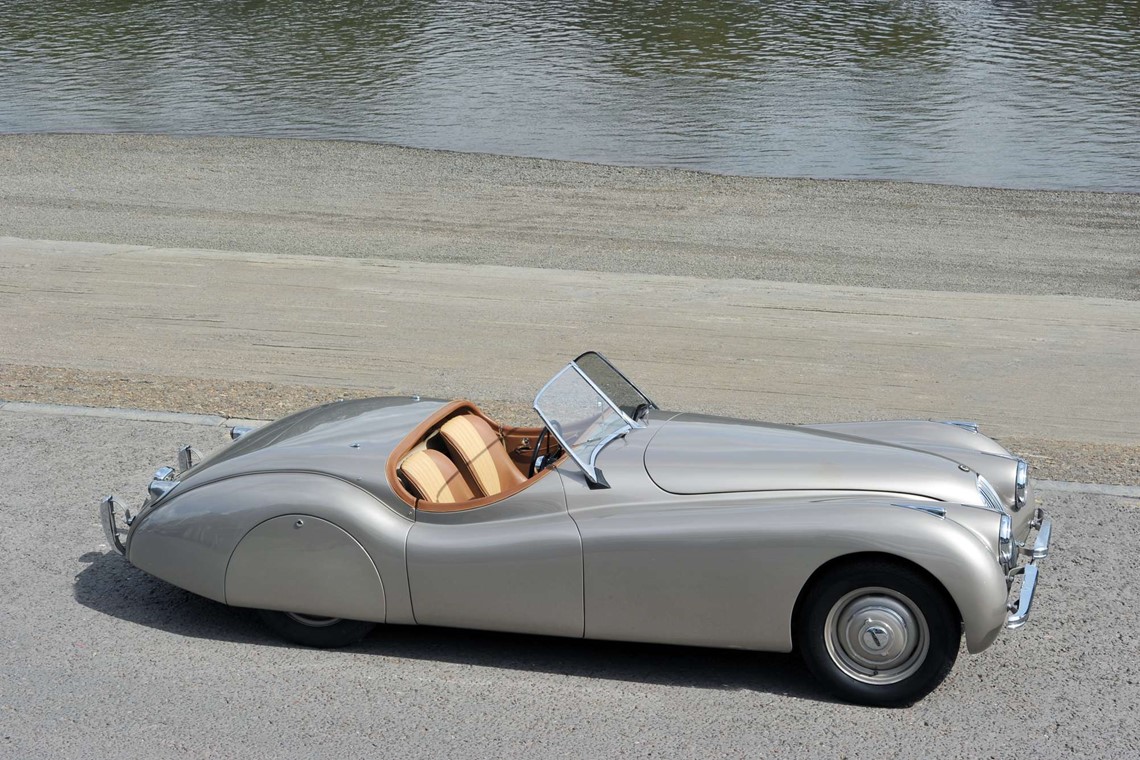 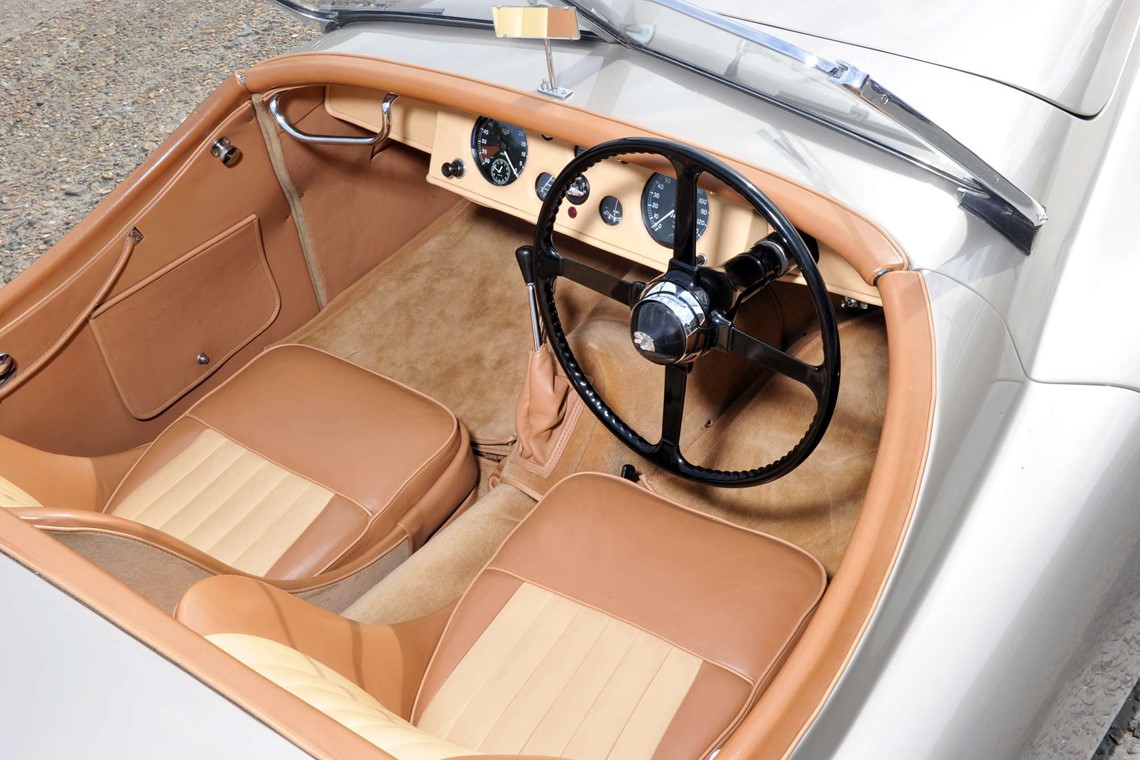 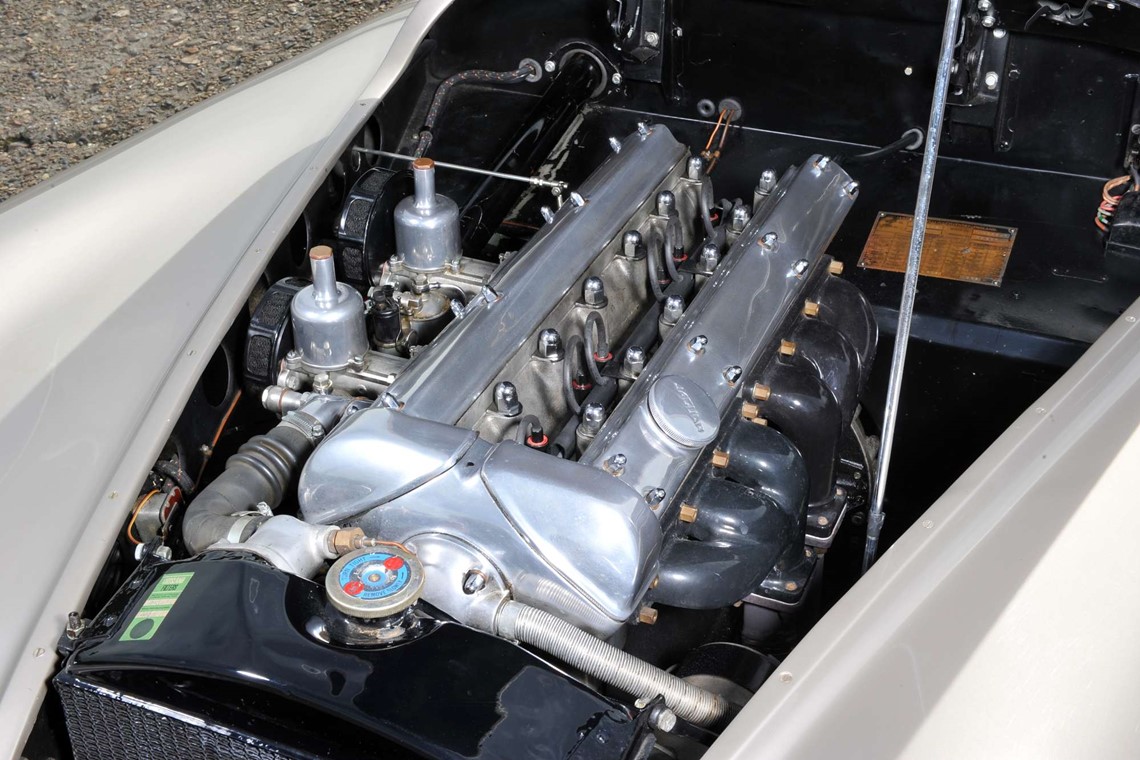