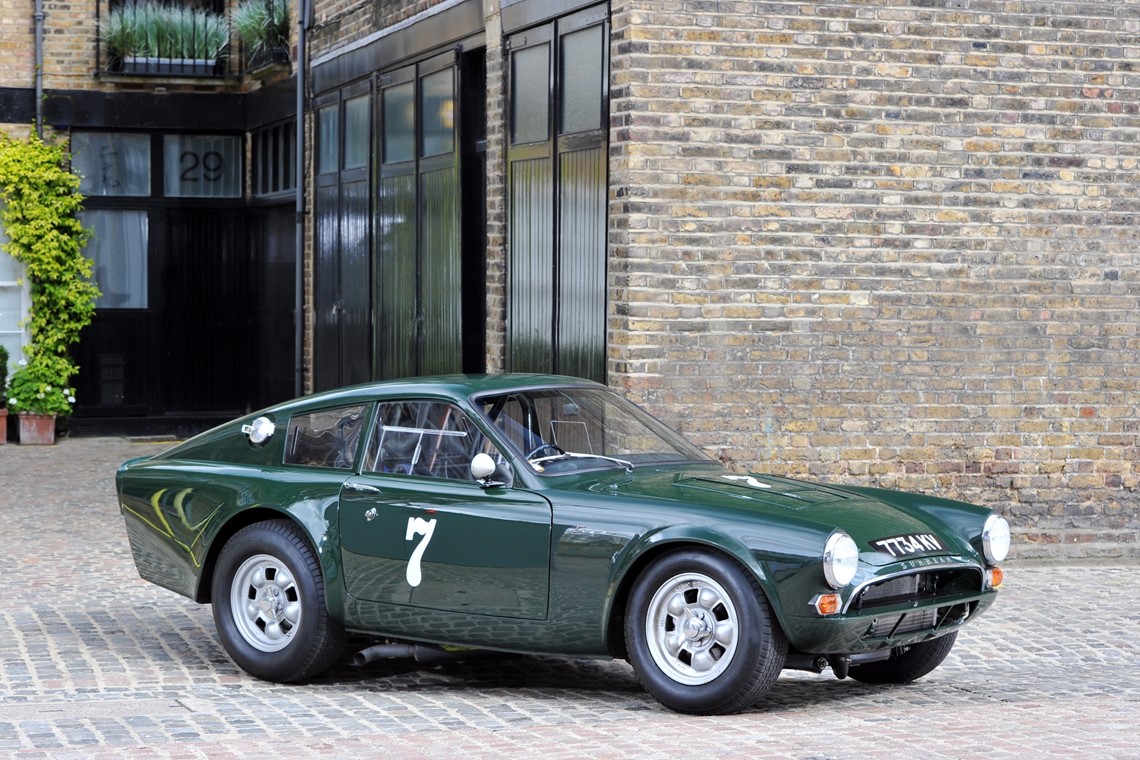 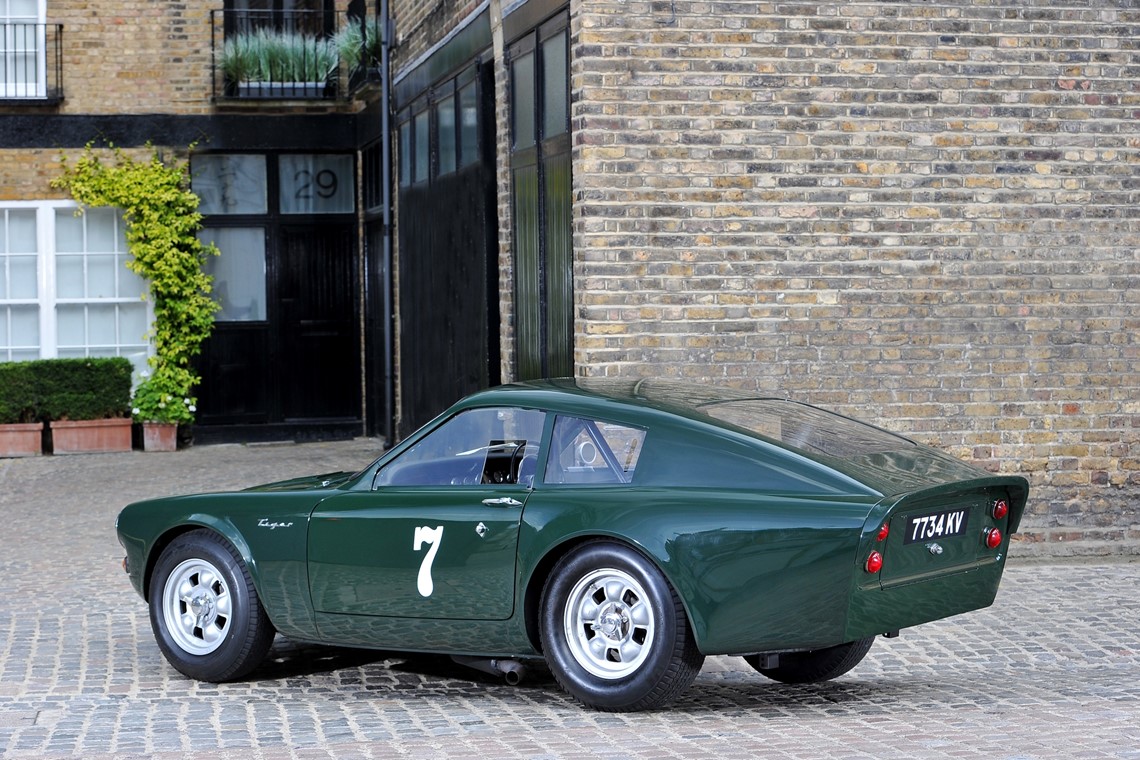 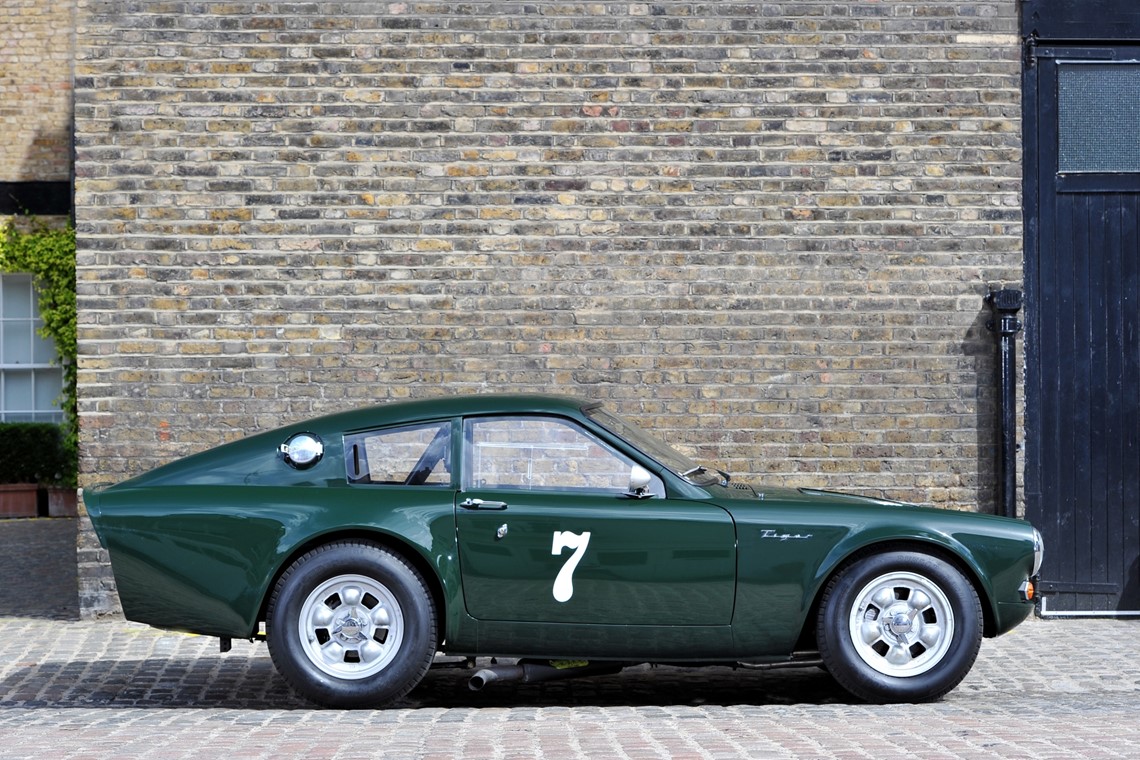 The Sunbeam Tiger was a high-performance V8 version of the British Sunbeam Alpine Roadster built Rootes, and designed in part by American car designer and racing driver Carroll Shelby.

Just over seven thousand Sunbeam Tigers were built in total between 1964 and 1967, but three special lightweight racing cars were built in 1964 aimed to compete in the GT category of the 24 Hours of Le Mans.

These three cars were highly modified versions of the production cars and fitted with attractive lightweight, fastback coupe bodies built by Lister. The car offered here, 7734 KV, was the first of the three competition cars and was used in the 1964 Le Mans tests.  Post Le Mans, Ian Hall, the deputy head of the Rootes Competition department took possession of the car for his personal use and competed in a number of sprint races.

7734 KV was released to the private market in February 1965. The car was sold to John Eccles and John’s son, Roger competed in the GT class at the GRSCC Mallory Park sprint in April 1965. The car went on to compete at both Snetterton and Brands Hatch during ’65 – the Brands race being a significant one, being the only race that all three of the Le Mans Tigers competed in.

From 1966 to 1972, the car had a number of owners, all of which used it for competition use before in 1973, Dick Barker from San Diego in California purchased 7734 KV, at which point the car was exported to the USA.  Mr. Barker was responsible for carrying out a sympathetic and accurate restoration, over many years before finally showing the car in 1997 where it was once again reunited with the two other Le Mans cars.

Dick Barker owned the car until 2003, when its current owner purchased it. During its current ownership, 7734 KV has been invited to compete in the prestigious Goodwood RAC TT Celebration race and a number of appearances at Le Mans Classic.

The opportunity to purchase one of these historically significant and highly eligible Le Mans Tigers is incredibly rare, and this example is on the button and ready to be enjoyed by its next lucky custodian. 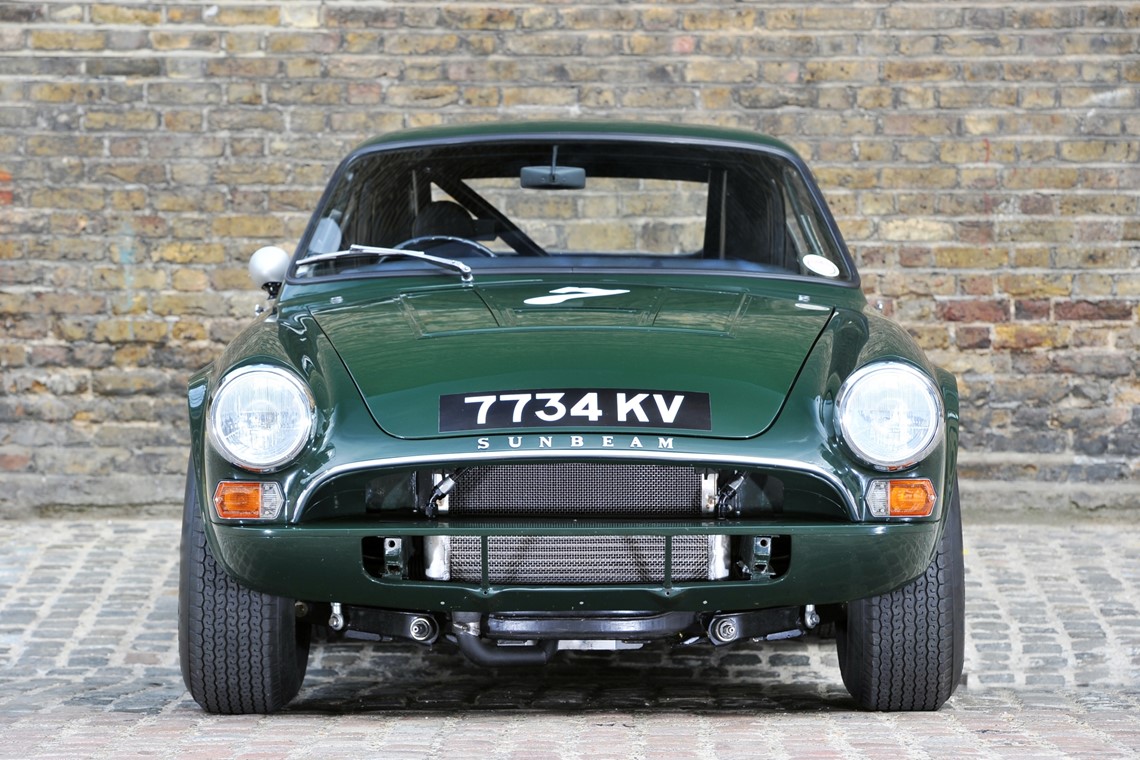 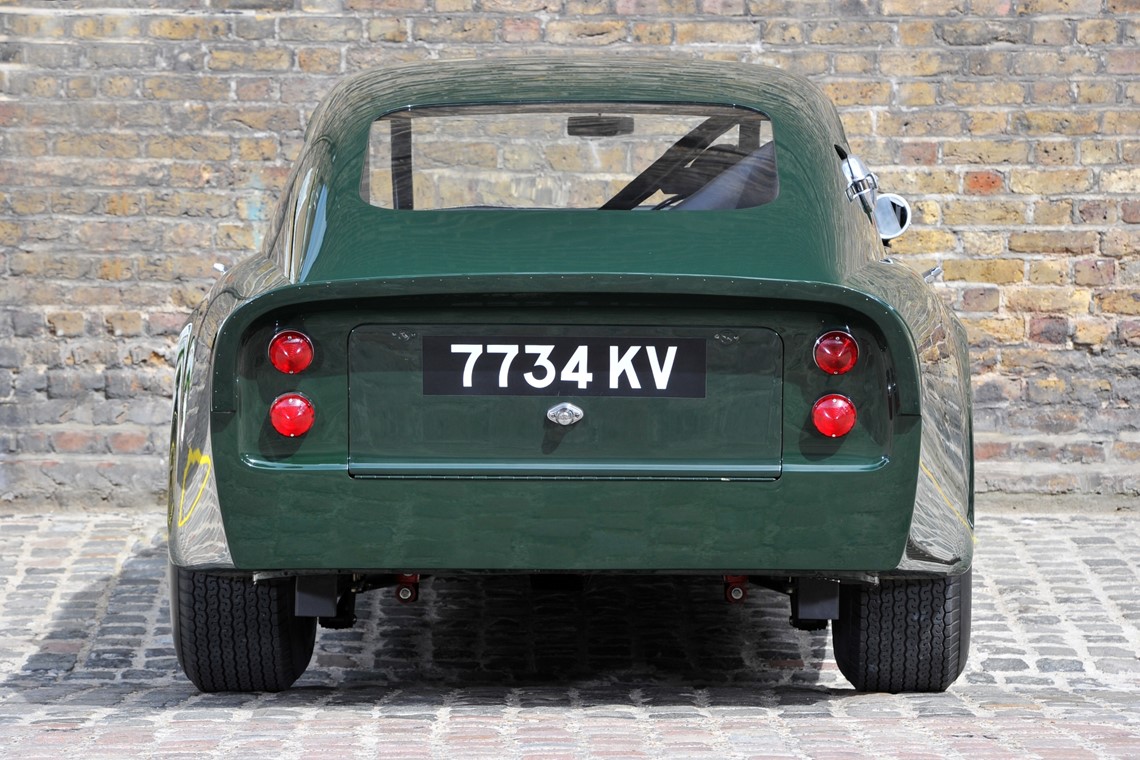 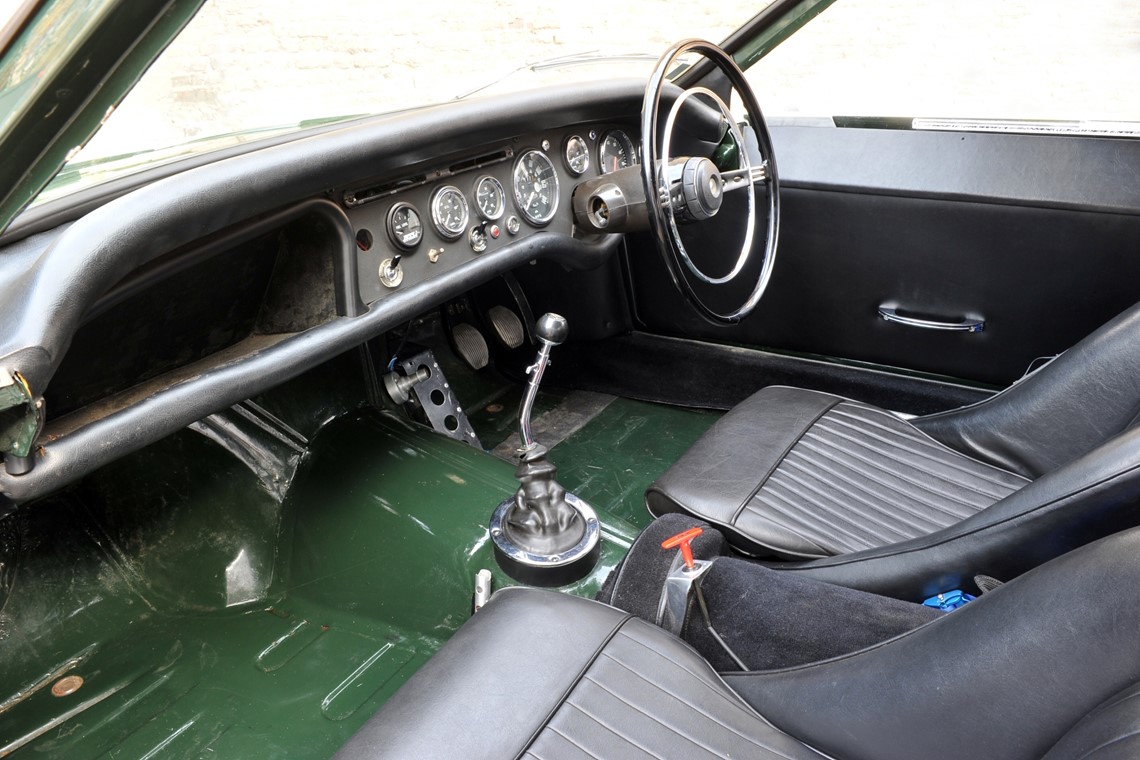 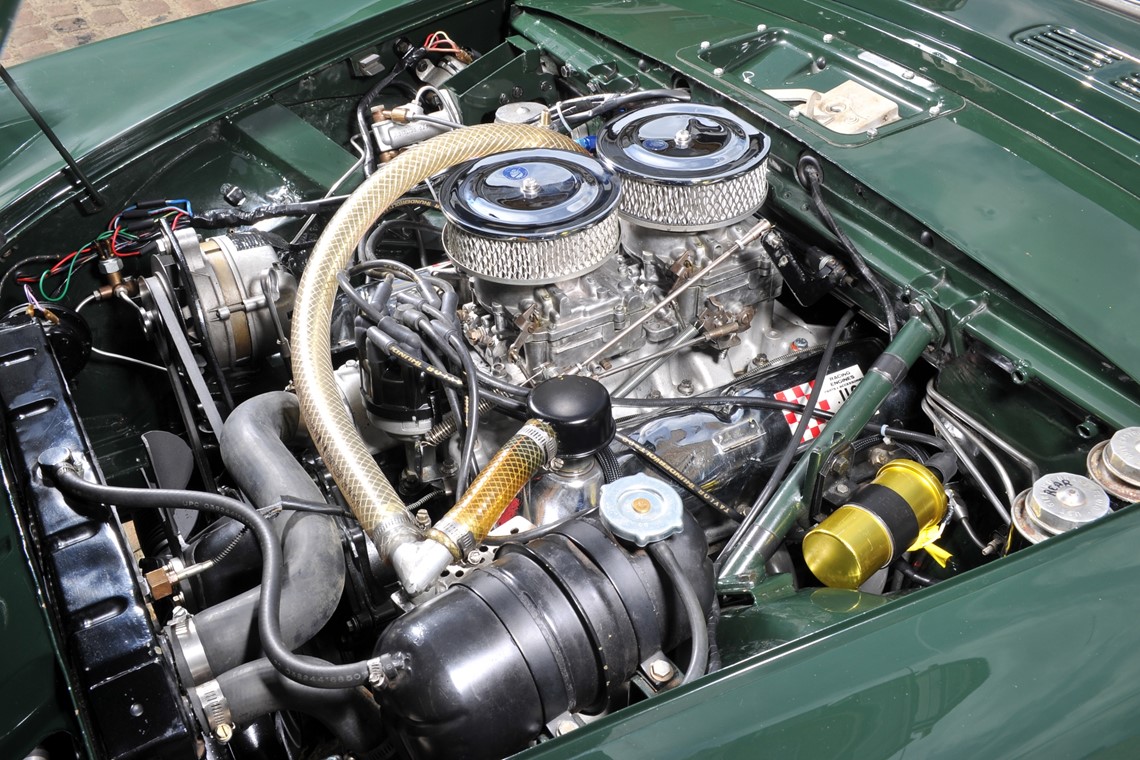